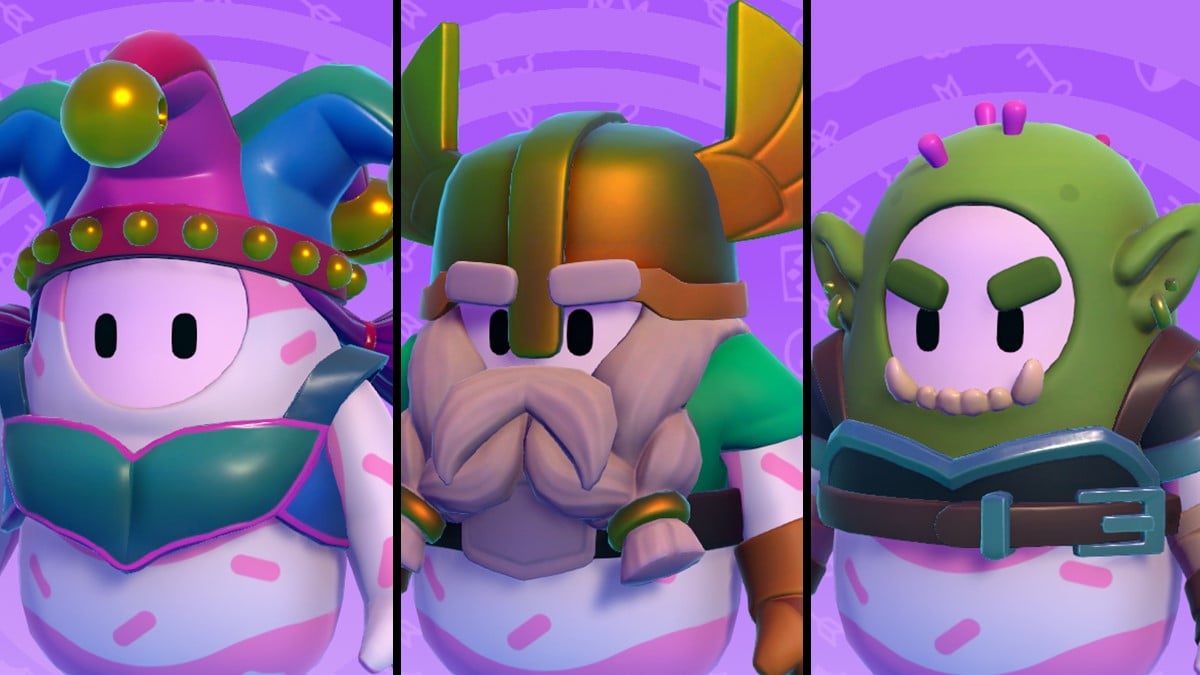 The second season of Fall Guys is live, and big changes have come to the game. This season is the first to have a theme, Medieval Times, and there are major changes to the battle pass as well. In season 1, there were only 3 crowns available on the battle pass. This season it’s more than doubled — it’s septupled!

The Fall Guys Season 2 battle pass only contains 1,500 Kudos but has 21 Crowns and a bunch of new cosmetics. As the battle pass again has 40 levels, it most likely requires 35,000 fame to complete.

Are you excited about the medieval theme? Or are you seeking out the few cosmetics that to more to subvert the trope rather than feed it? Either way, there will be something for everyone on this season’s battle pass. Here are the best cosmetic rewards for season 2.

One of the flashiest things about the season 2 battle pass is that there is a brand-new cosmetic type on it. The Interface cosmetics allow you to have a title and a unique look to your banner. The best banners this season are Dragonfire and Famous, and the titles are A Knight to Remember and Sir Hugs A Lot.

The best emote this season goes to the Bow. It would be a perfect emote for a cheeky finish, especially if you are going to get first place either way. The level 40 reward is again a celebration, this time called Magician.

While none of the lowers stood out on their own as being worth of this list, every upper of the season was worthy of this list. The Jester, Elder Dwarf and Orc are all great designs, and we can’t wait to see them all running around in action.

There are so many colors this season, but the five best came down to some early wins all the way through some late-game options. Our picks are Romantic, Amethyst, Molten, Foolish (middle), and Valorous.

There were also quite a few patterns this season, but these two stood out as the best: Medieval Madness and Court Jester. Honorable mention to crosscheck, it’s definitely the third-best pattern.

Both of the faceplates from this season are bold and will surely be among the most coveted cosmetics of the season. The deep blue one is called Strained and the blood orange one is called Menace.