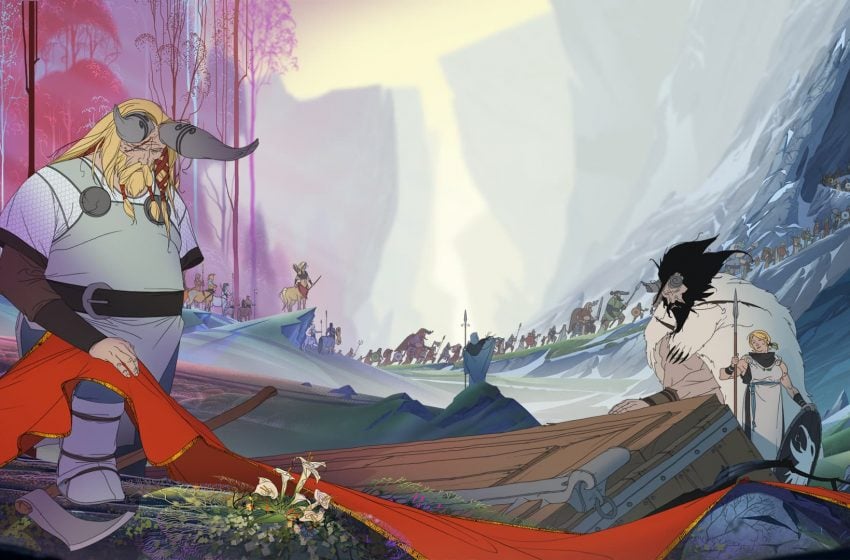 RPGs are a special breed. They’re engineered to help quell the thirst for adventure deep inside of all of us. Whether you scratch the wanderlust itch on a console or mobile device is up to you, but you’re missing out if you’ve never played one of the excellent portable RPGs out there on the iPhone. Big quests can be contained on small machines.

If you’ve got an empty iOS device in need of some fantastic games, we’ve compiled some of the best iOS RPGs out there for you into one handy list to consult. The next time you need something to play to take with you, make sure you check this guide for a gem that’s worth devoting some time to.

One of the most iconic Super Nintendo RPGs of all time is available to play on your phone. Though it initially suffered from poorly optimized port problems and an unflattering interface, it’s since been vastly improved to travel back in time to that classic, peak-SNES experience.

It’s available on just about every platform by now, but being able to keep one of the best RPGs ever made in your pocket is probably the best reason to go ahead and snap up the bittersweet tale of Crono.

One of BioWare’s best action role-playing games is the criminally underrated Jade Empire. It is continually overlooked in favor of heavy-hitters like Mass Effect and Knights of the Old Republic. But thanks to publisher Aspyr Media, it got a new lease on life as a mobile title.

Jade Empire: Special Edition lets you explore a vast world of martial arts and memorable characters on your favorite iOS device, complete with touchscreen-optimized controls and a gripping narrative that’ll have you wishing there had been a sequel.

This adorable, shrunken version of the behemoth console RPG Final Fantasy XV takes vital story points, mechanics, combat, and downsizes it in a way that makes it accessible to everyone.

The surprisingly excellent adaptation of the complex title takes the meat of the game and distills it into a cute, bite-sized stew. Even those who are pressed for time can take a few moments out of their hectic schedule to enjoy.

It’s everything you love about the greatest emo road trip ever, and nothing that you don’t. Why aren’t you making more games like this, Square Enix?

This revered PC RPG classic may not be the most accessible for newcomers, but its place in the hallowed halls of RPG history certainly makes it one that you should conjure and quick. Developer Beamdog has worked alongside Overhaul Games, along with designer Chris Avellone, to make for a grim, narrative-driven adventure with satisfying combat and cavernous dungeons to explore.

Your ever-evolving character, the ’90s PC gaming aesthetic, and the vast amount of customization options for your individual story make this oldie a mobile gem that’s well worth investing quite a few hours in.

Wayward Souls is a randomly generated action RPG. There are six different heroes to play as, all with their unique abilities and styles. The heavy focus on the story will reward people who love a good tale, but the combat is also frantic, for people who like their action to be fast-paced.

Procedural generation makes the game incredibly replayable, never giving you the same experience twice. With thirteen different areas, each one house different monsters, traps, and threats, the game is continuously showing you something new.

One of the greatest Star Wars games of all time feels oddly at home on mobile devices, especially since it features controller support. BioWare’s iconic RPG has players taking on the role of a Jedi tasked with defeating the Sith Lord Darth Malak while meeting a colorful cast of characters along the way.

It may be 15 years old, but it’s still just as brimming with personality and Star Wars charm as it ever was.

The World Ends With You: Solo Remix

This unique RPG steeped in slick Shibuya culture is set apart from most of Square Enix’s cadre. As Neku Sakuraba, players take on the Reapers’ Game, which lets those involved gamble to return to life after suffering an untimely death or “ascend” to the Underground.

Using a combination of abilities gained from special pins and melee-focused combat, Neku must figure out the bizarre game’s rules before it’s too late. It’s quirky, colorful, and weird, and it’s right at home on iOS.

Galaxy of Pen and Paper

This meta RPG is based on the long evenings of role-playing with friends, dice, and cold pizza. The narrative features a few fans sitting around a table playing their own tabletop role-playing game, as they dream up their own set of sci-fi themed trials and tribulations to explore.

The characters descend on the desert planet of Tanton to slay enemies, collect loot, and make as many possible pop culture references as possible.

Banner Sage 2 is an incredibly deep and moving story, married to RPG mechanics and tactical, strategic gameplay. Incredible, hand-drawn visuals paint and rich and dangerous world that you must navigate. The stakes are high, as this is not just about your character, but your whole community surviving the story.

Every decision has a consequence, and as the leader, it is your place to make those decisions, and bear the weight of them. Combat is punishing and demanding, filled with risk and lethal if you are not making informed decisions.

The haunting follow-up to Supergiant Games’ Bastion may have released four years ago, but that hasn’t stopped it from remaining an enduring classic. The top-down RPG features plenty of melee action with an eclectic selection of weapons that help you cleave through a nonstop stream of enemies who want your head on a platter.

It’s all about the titular Transistor, the enormous sword our protagonist Red has just pulled from a corpse, and all the secrets it’s hiding. It’s subtle, strangely moving, and exciting in many of the same ways that Bastion was, as well as perfectly suited to iOS.

Brittany Vincent contributed to this article.