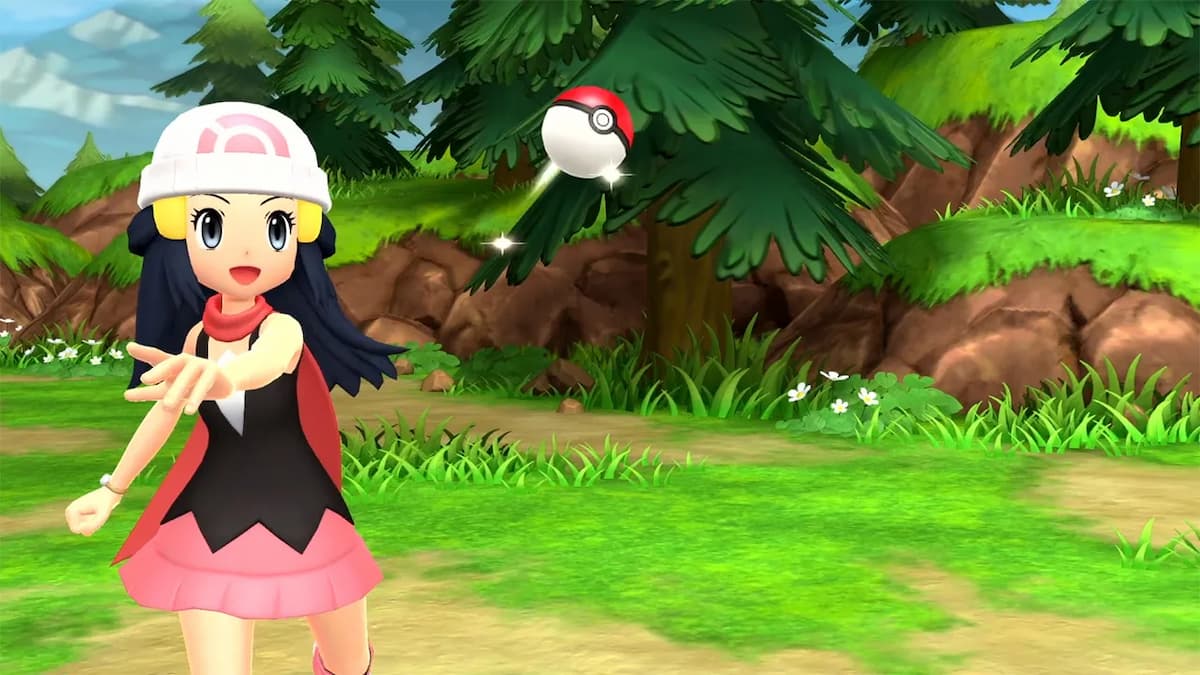 Every Pokémon journey begins with you selecting what partner you want to take with you in your grand adventure. For Pokémon Brilliant Diamond and Shining Pearl, you’ll be picking from the Fire-type Chimcar, the Water-type Piplup, and the Grass-type Turtwig. Selecting the proper choice for your journey is sometimes the most difficult option. Which is the best Pokémon for you to pick in Pokémon Brilliant Diamond and Shining Pearl?

Chimchar is the Fire-type starter. It evolves into Monferno at level 14, and then becomes Infernape at levfel 36, becoming a Fire and Fighting-type. Of the three, Chimchar has the highest level of speed, followed by its special attack and attack stats. It has low health, defense, and special defense, but nothing that holds it back from being a solid all-rounder Pokémon.

You’ll want to focus on Infernape’s special abilities, and making sure it can hit first in combat. The faster it can hit an opponent, the quicker it can be swapped out for another choice, or you don’t have to worry about the battle. It is also a Fighting-type, so you’ll need to watch out for Flying and Psychic-type attacks.

Piplup is the Water-type starter. It evolves into Prinplup at level 16, and then becomes Empoleon at level 36, becoming a Water and Steel-type. Of the three, Piplup has the special attack, followed by its special defense, and then health and defense stats. It has fairly low speed, but is still faster than Torterra, and has the best special attack and defense.

Empoleon was designed to endure in combat. You can choose to use this Pokémon first, or you can have it as your second or third choice, ready to withstand a particular difficult combantant. You’ll want to utilize it against Pokémon it can be super effect against, such as Rock, Ice, Ground, and Fire-types.

Turtwig is the Grass-type starter. It becomes Grotle at level 18, and then Torterra at level 32, becoming a Grass and Ground-type. Of the three, Turtwig has the best attack and defese, followed by its special defense and health. It is the slowest of the three, though.

With Torterra being so slow, you want to utilize this Pokémon’s attacks to hit hard and down the opponent you face against it. You may want to use it as your first Pokémon because of how bulky it is, giving you a safe option to swap it out, or reserve it in your roster to swap with a weaker Pokémon, should a battle become too risky.

Which should you choose?

It all comes down to what role you want your lead Pokémon to serve. After you’ve finished rounding up your team, if you want a tankier Pokémon, we recommend Empoleon because it has that always useful Steel-typing that makes it a tough Pokémon to fight against. However, if you want a heavy fighter who can do some quick damage, Infernape is a solid choice for any Pokémon trainer who plans to regularly use their starting Pokémon throughout the rest of the game.