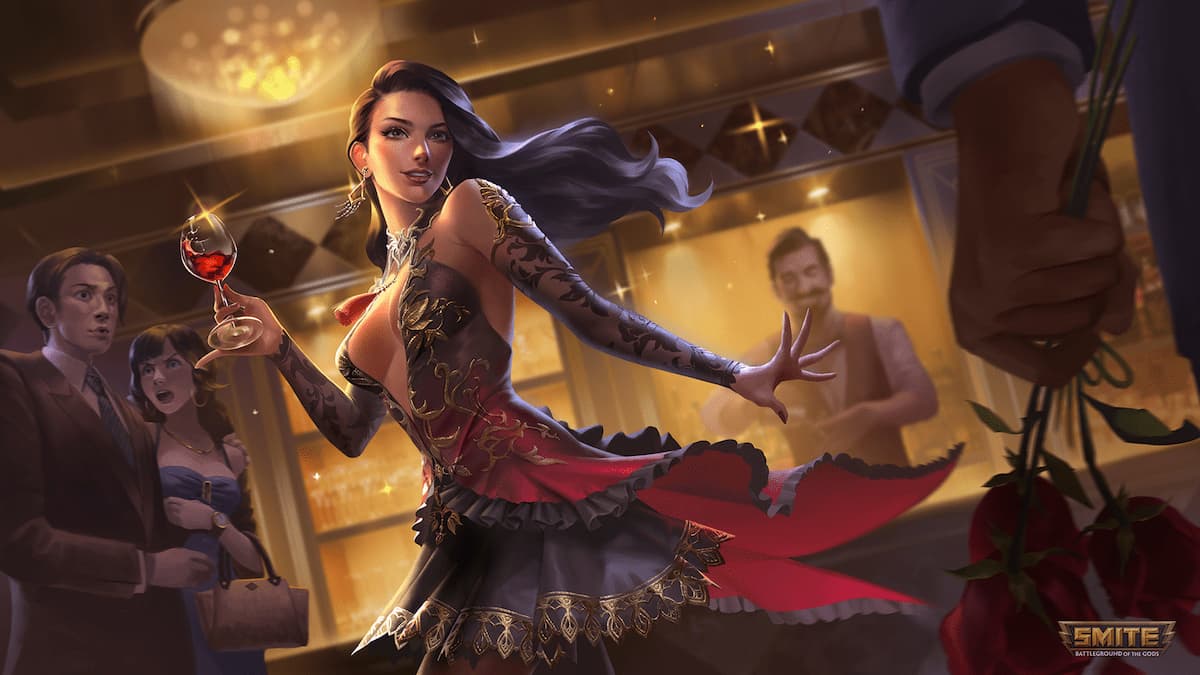 A new year of Smite has arrived in the form of Season 8. Alongside the massive map changes, players now have to think quite a bit more about what starter item they want to go before they dive into the map. There are multiple choices, and they are not defined for each specific role. For example, while a starter might be preferred for a jungle role, you can still use it on your god as they carry. Because of the diversity, players can mix and match to find the perfect starter item to prepare for the late game. What are the best starter item choices if you’re playing carry?

Gilded arrow is an excellent carry item if you’ve mastered the art of last hitting enemy minions. Every 10 seconds, you gain a new target, and if you land the last hit against them, you gain bonus gold. It’s a good way to focus on gaining an early lead against your opponents but may force you to focus more on the wave. It can be compromising if the enemy team is aggressive against you. However, you can use it defensively when you’re forced to farm under your tower.

Death’s toll makes a mighty return. It was a huge favorite by many players when Smite’s Season 8 format was released to the public test server. It’s a great item for carries because every time you land a basic attack, you’re restoring a small amount of health and mana every them it lands. The same goes for an AOE basic attack, but it is for half the amount. You can use it almost all the time, and it keeps you in your land and not having to return to base to restore your stats.

When upgraded, death’s toll can become death’s embrace or death’s temper. Death’s embrace doubles down with increasing your health and mana after landing a basic attack, and it gives you a large amount of physical power and health. Death’s temper works when an enemy dies near you, you’ll gain a stack of temper that gives you a 3.5% increased basic attack power for 10 seconds, and this can stack up to 10 times. When an enemy god dies, it counts for 5 stacks. Death’s embrace is more about immediate gains for attacking, whereas death’s temper forces you to prepare for a fight and reap the rewards from kills.

Bluestone Pendant was an old favorite for warrior gods in the solo lane, but gods in the carry role can use it. You want to use it on a god who primarily relies on their abilities to do heavy damage to the minion wave, such as Chiron, Cupid, Hachiman, Rama, and several others. You’ll want to focus on your other items to give you attack speed later in the game.

Eye of the Jungle

While normally eye of the jungle would be used by your jungle role, it’s an excellent carry item if you need a straight attack speed and physical power boost. It’s not a bad way to have several wards on your side of the map, even for a few seconds, for every large jungle monster you take down, you leave a ward in its places for 30 seconds. They don’t last forever, but they’re useful when you’re struggling or doing well, and the enemy team is rotating to your side.

The last recommendation we have is manikin scepter, another jungle item. The item gives you more basic attack damage, physical protections, damage reduction, and every time you land a basic attack, your enemies receive a burning effect. The burning effect means they take 20 physical damage over 2 seconds, and their attack speed is reduced by 7%. While jungle monsters take the most beating from this, it’s a good way to out-box the current hunter you’re battling against.

Manikin scepter can be upgraded to manikin mace or manikin hidden blade. Both options are outstanding. If you want to double down on the burning effect, go with manikin mace. But if you want to deal heavy, quick damage to an enemy god, you want to go with manikin hidden blade, where if you have not taken or dealt damage to anything in the past five seconds when you hit an enemy god, jungle monster, or boss, they take 15% of their current health as physical damage, and they are slowed for 20% for 5 seconds.