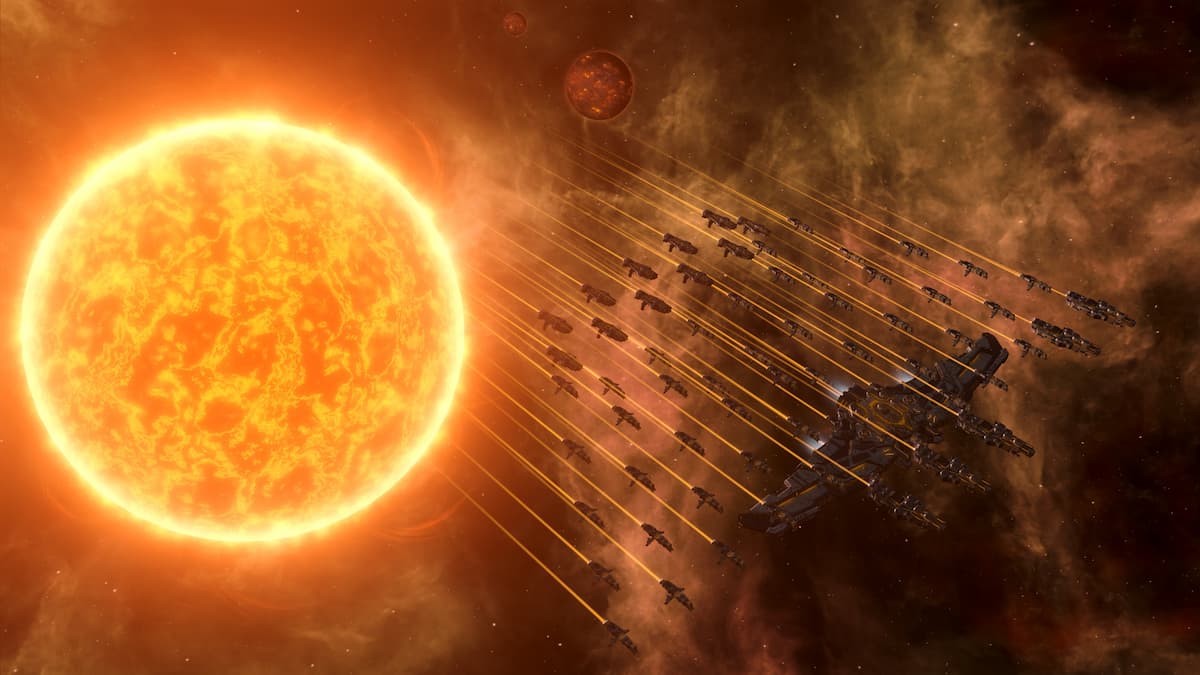 If you want a more interesting empire in Stellaris that starts a bit differently than the regular start, you can modify your species’ origin. There are numerous origins to pick from that come from DLC, and the more DLC you have, the more varied origins you’ll be able to place on your empire. Your game’s advantages and start will vary, giving you something new to try when you begin your Stellaris adventure. You may create a species to fit that origin best, or you might make it a bit more complicated. So long as your species meets the origin’s requirements and you have the DLC installed, you can use it. Not every origin is the same, and these are some of the best ones you can pick for your empire.

The Common Ground origin is a bit of a mixed bag. On the one hand, you and two other empires are in immediate contact with each other. You’re the President of a Galactic Union Federation, giving you a chance to form a powerful alliance with these two empires. On the other hand, you’ll have to remain in contact with these two empires throughout the entire game, and things could crumble apart, breaking the agreement. It’s an interesting start if you want to lean more into negotiations and potentially try to use it to pick on nearby, small, starting empires.

This requires the Federations DLC to play.

For those who prefer to have an army of robots at their command to work alongside their starting population, the Mechanic origins give your homeworld a Robot Assembly Plants building, and you have eight robots in your population. You also start the game with the Powered Exoskeletons and Robotic Workers technology already discovered. It’s a quicker beginning to ensure your empire already has robots working alongside them and makes for cheap labor. It also gives you the chance to expand your species, knowing that you can always build robots to fill many roles.

This requires the Utopic DLC to play.

For many players, the Shattered Ring start is one of the best ones for multiple empires. It gives the player a starter planet with a massive ring surrounding their homeworld, giving them the Ring World segment. The Ring World will have different segments based on the player’s empire. For example, if the empire is a Machine Intelligence, the Ring Segment will have a Generator Segment attached to it. The Ring World starts with an Arcane Generator. There are portions of the Ring World players can repair and others they cannot, but those irreparable sections are available for players to strip mine for early resources.

This requires the Federations DLC to play.

When you want your entire population to work together and under a single banner, you can begin with Prosperous Unification. It’s a good way to ensure your population and leaders have a single drive towards a goal, and you can use it to ensure you’re starting the game on the same page. This origin gives your empire access to the Planetary Unification immediately, and you can research it. It also gives your homeworld four more population and two additional districts., alongside the Prosperous Unification modifier. It’s not a huge bonus, but if you want a more standard start to your Stellaris game, this is a solid choice without too many ups or downs.

You can have this origin on the base Stellaris game.

For those who prefer to have their species flourish and grow in artificial spaces and want to invest in habitats, the Void Dwellers is an exciting origin to give your empire. Rather than focus on conquering other worlds and colonizing them, you can instead choose to build habitats that provide artificial life to your species. Where you build a habitat gives it a unique benefit. For example, if you were to build one overlooking a world with an energy resource, then that habitat can access a generator that they can use to harvest additional energy. It does not have access to minerals unless you build a habitat overlooking a mineral-based world. Your empire begins the game with a size six habitat with a research deposit and two size four habitats with a mining and energy deposit. Your capital habitat has an Arcane Replicator planetary feature.

It can make expansion much easier because you’re not limited to finding a world that fits your species’ preferences, and you don’t have to terraform any of them. You can freely add a habitat to any world you control in any of your sectors.

You can play this origin with the Federations DLC.

The Scion starting origin is another hit or miss opportunity for your empire. Unlike the other origins, you do not start with anything special. However, your empire does receive contact with a fallen empire under the Fanatic Material or Spiritualist start. You and that fallen empire have a 100 positive opinion of each other, and every few decades, that fallen empire provides your empire with a powerful gift. If you’re losing a war against a superior empire, and it has been going on for 20 years, your fallen empire ally will send you a temporary fleet from their side that you can use to fight back against the warring empire. It’s a fun way to start the game, but the benefits rely on how you use that fallen empire’s gifts.

You can play this origin with the Federations DLC.

For those who want to start researching right out of the gate and learn about what happened with your empire’s ancestors, the Remnants origin gives you access to a size 22 Relic World. There will be five Ruined Arcology blockers that give you random technology whenever you clear them, so it’s a good way to have a small boost to your research tech tree. The downside to this origin is the fact these technologies are random, so there’s no way to tell if they directly benefit your empire or it’ll give you access to stuff that you won’t be able to use for several decades.

You can play this origin with the Ancient Relics DLC.