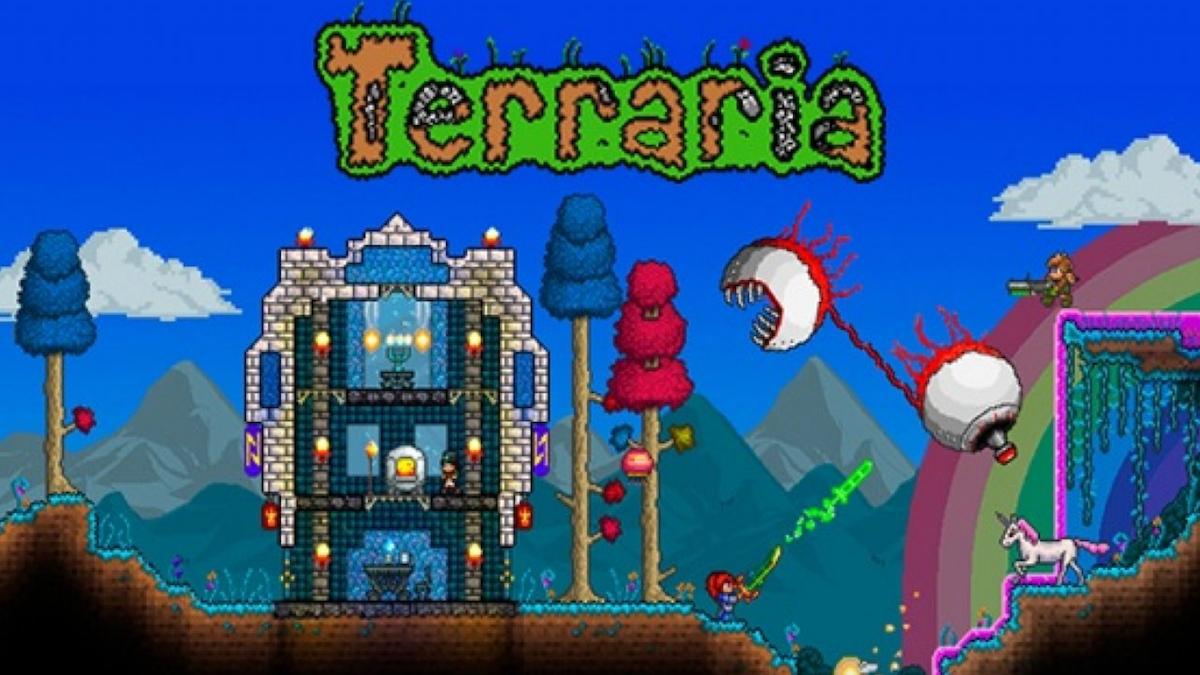 There is plenty of danger you are going to encounter when you adventure through Terraria. Every night is going to have you go against plenty of enemies that are going to try to kill you.

You will have many ways of getting weapons: crafting or killing something. But, of course, you will want to know which ones are the best to have in your inventory and how you can get ahold of them for yourself. Well, here’s this guide just for that purpose:

This spear will throw up to 8 projectiles, and when you hold down the attack button, you can send a steady stream of them at your foe. Then, once a spear has hit an enemy, it will stick there and deal damage every quarter of a second.

You can get the Daybreak by using 18 Solar Fragments or forging with one of each Stardust, Vortex, and Nebula Fragments. Bring those to an Ancient Manipulator.

This weapon just shoots out a blast of different colors that will morph together into a giant, white laser and it can absolutely destroy any opponents in your path. It hit 12 times per second which can be a huge way to dominate the battlefield.

It may not seem like much when it starts shooting bubbles out of it, but believe us when we tell you that those bubbles are not to be messed with. The bubbles will shoot out in a straight line and won’t stop until it hits its target or another object.

Take down Duke Fishron, an optional boss that you summon in the game’s Hardmode.

This spell tome will bring down three projectiles summoned from the power of the Moon and can even move through blocks. These projectiles will also explode on impact and will absolutely do a ton of damage. It may have a high mana cost but you can compensate with accessories and armor.

You have to take down our favorite boss, the Moon Lord, with a drop rate of 11.11%

The Nyan Cat meme lives on in this weapon, which shoots out a bright rainbow with every swing. The attack does a ton of melee and ranged damage, which is useful in just about every scenario. It also makes a cat noise that can be turned off in the game’s files.

This bow will shoot out any arrow that you have and once it hits an enemy, it will shoot out a line of arrows that will hone in on the target. It has a low base damage but you can up that with the right accessories and armor. However, the amount of arrows you can hit with will overcome that damage deficit.

You can craft this item with 18 Vortex Fragments, which are either dropped by Vortex Pillars or by combining Solar, Nebula, and Stardust Fragments at an Ancient Manipulator.

Yes, you read that name correctly. This gun will shoot very fast and very accurately. It has a 50% chance of not consuming ammo as you fire it, which is huge. You can even shoot out many kinds of bullets.

This sword will shoot out three projectiles when you swing it, allowing you to deal melee and projectile damage with every attack. You can get upwards of 1200 DPS when you use these two attacks together, and can handle a group of enemies with ease.

This also drops from the Moon Lord with a drop rate of 11.1%.

One of the best weapons in the game comes in the form of a yo-yo, so you automatically should want it just from that. But even moreso, this yo-yo has unlimited airtime, as well as projectiles that will home in on enemies and bounce off walls.

Again, this weapon is dropped by the Moon Lord with a drop rate of 11.1%.

These knives don’t have a ton of damage to them, but they make up for that fact by their speed and range, as well as taking an enemy’s health at a rate of 7.5% od damage dealt. With the autoswing option on, you can press attack and send an endless stream of these knives at someone and make easy work of them in no time.

The Vampire Knives can only be acquired after beating Plantera and getting a Crimson key, which is dropped by enemies in the with a drop rate of 0.04%. It sounds like a tough find, but with enough grinding, it really doesn’t take too long. Then just find the Crimson Chest in your dungeon and the knives are yours.