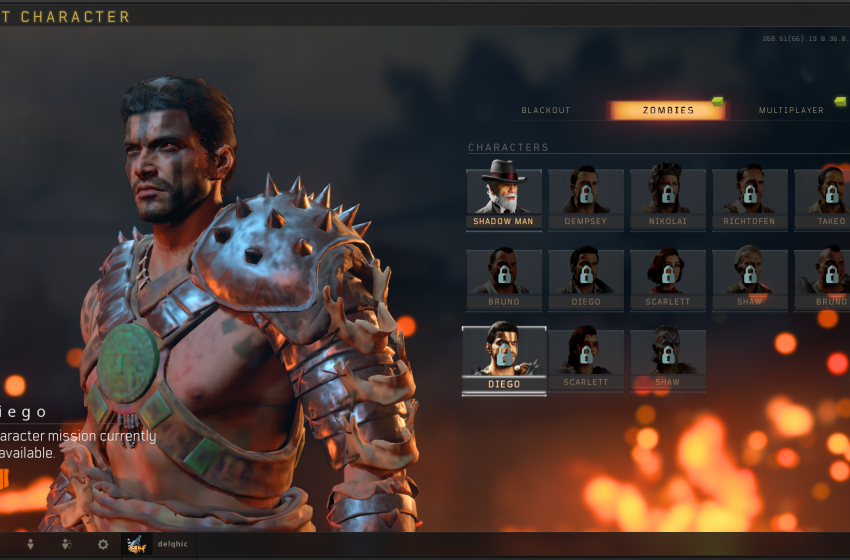 In Call of Duty: Black Ops 4’s Zombies mode, the crew of Bruno, Diego, Scarlette, and Shaw are thrust into an ancient Roman coliseum to fight… well, zombies. And tigers. And even elephants if you make it to the end of the main easter egg! As of the latest Call of Duty: Black Ops 4 update, you can now obtain each of the IX characters in Blackout, as long as you complete their respective character missions. That’s easier said than done though, especially since the missions are hidden in-game. Luckily for you, we’ve got everything you need if you’re wondering how to unlock IX Diego in Black Ops 4 Blackout.

As with every IX character in Blackout, the first thing you need to do is obtain Diego’s unique character item. This is the Mayan Crest, which you can find inside equipment stashes. It’s not a guarantee though, so you’re going to need to keep looting equipment stashes until you find it.

When you have the Mayan Crest in your inventory, you need to find a Bowie Knife and get a kill with it. This is easier said than done because for a melee kill, you obviously need to be right next to your opponent. We’d recommend sneaking around with Skulker and Dead Silence active or waiting in a corner for unsuspecting players to pass by.

After that, you merely have to finish the game with the Mayan Crest in your inventory. Don’t drop it for any reason. Otherwise, this will make the challenge invalid, and you’ll have to re-do it all again. It doesn’t matter whether you die right after or go on to win the game, as long as you’ve completed both objectives, and you finish the game – don’t leave via the menu – you’ll have unlocked Diego when you go back to the lobby.

Have you got Bruno yet?