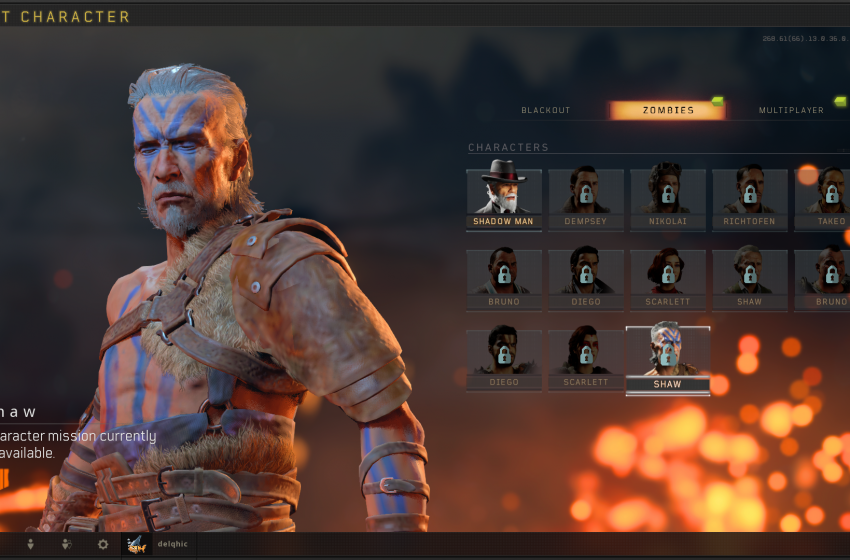 Shaw is the final of the four IX characters in Call of Duty: Black Ops 4, and he’s a resilient old man. Kitted out with a shield and heavy armor in IX, he’s also donning blue war paint, so he truly looks bad-ass. You can unlock IX Shaw in Blackout now – along with Bruno, Diego, and Scarlette – as long as you complete the IX Shaw character missions. Unfortunately, you don’t get told what the missions are in-game to unlock IX Shaw, you have to work it out for yourself. Or let us work it out for you. Here’s how to unlock IX Shaw in Black Ops 4 Blackout.

Like IX Scarlette, IX Shaw isn’t particularly difficult to unlock. First, you need to find the Ritual Bowl, which is IX Shaw’s character item. This can be found on zombie corpses, just like Scarlette’s, so head toward the blue beam of light which indicates the Mystery Box and start mowing down the hordes of undead. Keep looting the corpses until you find the Ritual Bowl.

After that, all you need to do to unlock IX Shaw is use five perks throughout the course of the game, then make sure you place top 30 in Solo, top 15 in Duos, or top 7 in Squads. This isn’t particularly difficult, just make sure you’re making your way toward the middle of the safe zone and hiding out in a building to ensure you survive. As long as you’re using all the perks you find straight away, you should be able to use five in a single game without any problems.

That covers all of the IX characters in Blackout. If you haven’t unlocked all of them yet, you can find links to the other three guides here: Bruno, Diego, Scarlette.