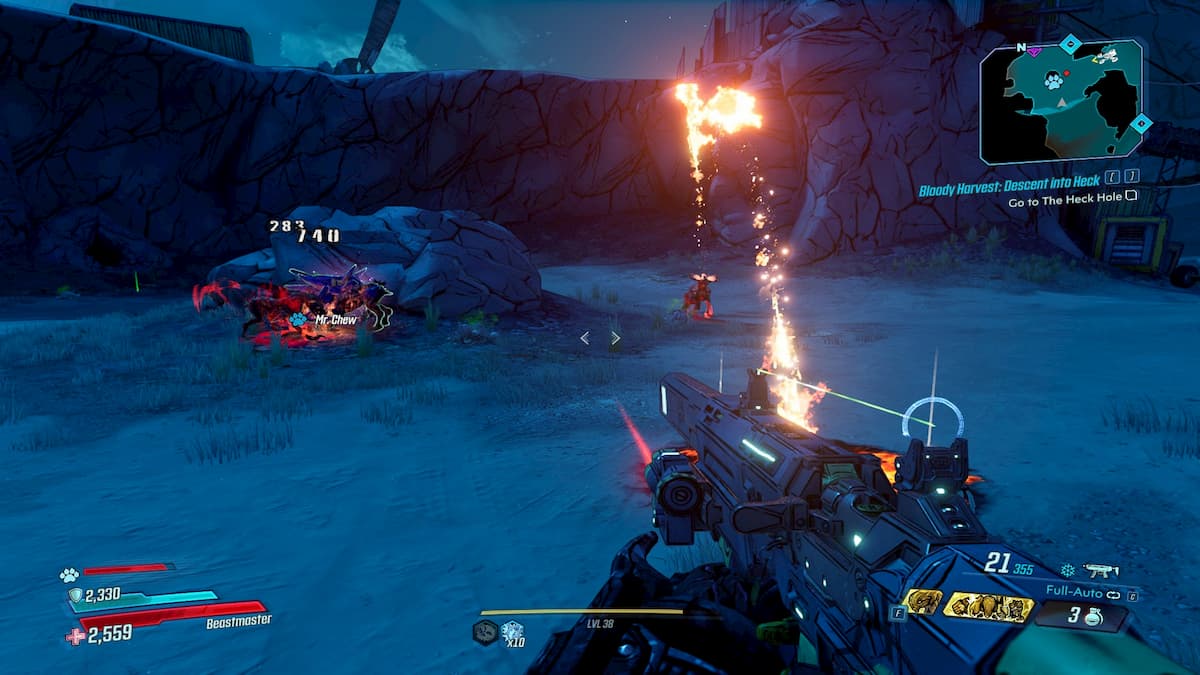 The Bloody Harvest 2020 is upon us in Borderlands 3. With it, there are a new series of challenges available for all players. These challenges require players to explore the galaxy and kill newly haunted creatures. The haunted creatures erupt with a ghost, and the Demoskaggon has a badass skull float out of it after you kill it, making it a worthwhile adversary to take down.

Where to find the Haunted Demoskaggon

The Demoskaggon will be on Pandora. You can find it in the Droughts region, to the north of The Droughts fast travel station, on the left side of the map. Go across the bridge using your vehicle, and then take a left. In the far back, there’s a closed-off area where it spawns, but it doesn’t show up immediately.

You have to kill the smaller creatures that appear in the area first, the Skags. After you kill the three or four that show up, the Demoskaggon roars and charges after you. When we were arrived at this location and summoned the creature, a pair of them had appeared, which is a great way to rack up even more badass skulls after you take them out.

Once you kill the Demoskaggon you will have completed one of the Bloody Harvest 2020 challenges, becoming that much closer to obtaining the new series of comsetics.