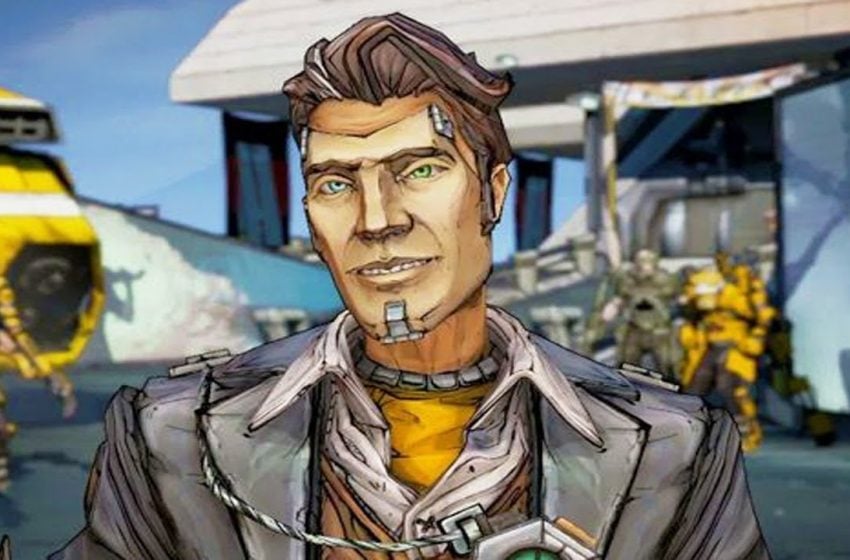 If there’s one thing that every one of us loves in FPS, then it’s got to be a good old fashioned shotgun and in no other game are they so prevalent and so much fun as the Borderlands franchise. With the new game due to hit September 13th, we’ve been taking a preview look at all the legendary weapons that are going to be on offer to you. So far we’ve covered assault rifle and pistols, and now, as the title suggests, it’s time to have a look-see at what pump-action fun you’re going to be having.

Always useful in any situation, as long as you’re not trying to shoot someone from a long way away, the 12 gauge is a staple of the series, and from everything we can tell, they’re going to be just as important this time around. So come with us as we take a look at all the legendary shotguns that will be littered throughout Borderlands 3.

Just like the first entry in the Legendary Pistol’s guide, the Brainstormer is usually considered an SMG but has a card this time around that claims it’s a shotgun. Whether or not this is just a simple mistake on Gearbox Software’s part remains to be seen, and if it is then this guide will be changed accordingly, but until then it says shotgun, so it’s a shotgun. If you’ve played Borderlands: The Pre-Sequel you’ll know all about this weapon as it fires a scattered lightning bolt that frazzles everything that gets in its way.

Tag Line: Let’s Ping Everyone All At Once

If you’ve read any of the other guides to Borderlands 3 Legendary Weapons on this site, then you’ll know that a placeholder picture can only mean one thing. It’s a brand new gun! And we love brand new guns now don’t we folks? The Kill-O-The-Wisp fires energy bolts that have the homing capability. This means that they’ll hunt down whoever you’ve been aiming at and when they find them they’ll shock the living crap out of them This is going to come in handy for any sneaky Pete’s who like to hit and run. No more hiding for you, my friends. Only death.

Named after the jumping challenge in the Shock Drop Slaughter Pit, which was pre-order DLC for Borderlands: The Pre-Sequel, Nimble Jack is going to be useful for those of you that like to spend most of their gaming time off the ground. Seriously, if you’re into bouncing like a rubber ball, then Nimble Jack will be the shotgun for you, as jumping improves its accuracy. Now, if they only made a shotgun that did the same thing while strafing, then I’d be set for life.

Special Effect: Four Shots Fired In Both Vertical And Horizontal

The Polybius is another brand new shotgun for Borderlands 3 that fires four shots in horizontal and vertical lines. I’m not sure yet if it does it at the same time or if it alternates between the two but either way that’s going to be a useful little toy to play with. It also spawns a gun turret version of itself when you reload which means it will come in very handy if you find yourself swamped. Just shoot and hit reload and all your problems should, theoretically, get blown away.

Special Effect: It’s A Sickle Gun, You Should All Know What They Do By Now

I was never really a fan of the Sickle Gun from the other versions of the game, and this one is just going to be more of the same.

Where I may not have been a fan of the Sickle Shotgun in the previous entry, I adore Sledge’s Shotgun. It has such a ridiculous burst fire rate of +10,000%, as well as a +150% to your melee, and a stupidly high knockback rate that it’s almost impossible not to look at this shotgun with a certain sense of awe. To be quite frank, if I could get through the whole game only using this weapon, then I would, but it isn’t designed like that, unfortunately. Still, it doesn’t mean that I can’t give it a damn good try.

There’s a chance that when you squeeze The Butcher’s trigger and blow a Psycho’s head clean off their shoulders, that you might not use any ammo to do so. In a game where running low on what you need to kill things with is a quickfire way to find yourself at a New-U-Station, that’s going to come in pretty handy. The Butcher also has an increased fire rate, which means that you really might eat your way through your vitals before you hit the lucky roll and it doesn’t cost you squat.

Tag Line: Tempered By The Fires Of Hell

Special Effect: One Richochet For Every Critical Hit

If you can nail down your critical hits in Borderlands 3, then The Hellwalker will oblige you by sending on bullet ricocheting into a nearby enemy. That’s pretty much it.

Tag Line: She Can’t Leave, She Won’t Let You

It seems like The Horizon could be the one shotgun that you can use for distance as well as in tight spaces, which means the everything I said about these weapons being only good for up close and personal work in the introduction is completely pointless. It has a pretty good range and kicks like a mule and when you run out of ammo and hit reload the damn thing blows up, just for good measure. This shotgun does seem to have it all.