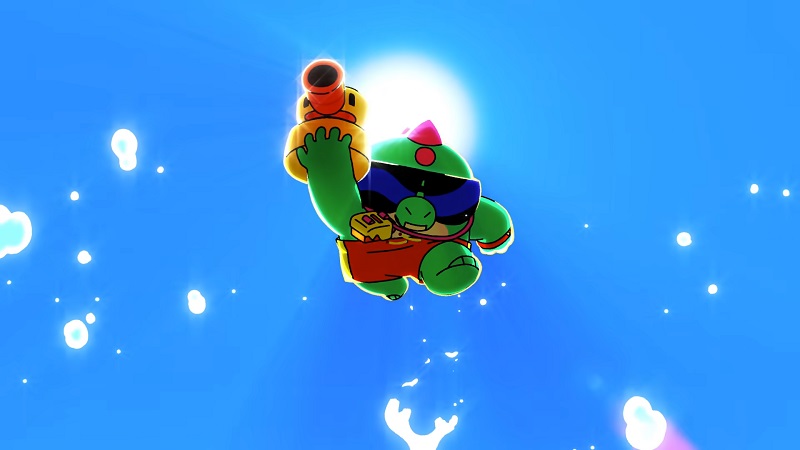 Brawl Stars Season 7 has arrived, introducing two new brawlers to the game. One of them is Buzz, a short-ranged brawler that is available on the Brawl Pass. Buzz has a quirky playstyle, and players might struggle learning his attack pattern. That said, here is a detailed guide on Buzz and how to quickly master him in Brawl Stars.

Buzz throws five quick slaps in an arc. The range of his basic attacks is short, but his reload speed is very fast.

Buzz throws out his torpedo buoy. If it hits an opponent or a wall, Buzz hauls himself over there, stunning nearby opponents where he lands. His Super has very long range and can stun enemy for 0.5 to 1.5 seconds.

Instantly fills the Super meter, but the next Torpedo Throw doesn’t stun opponents. The Gadget can be used up to 3 times in a match.

The minimum duration of Buzz’s Super stun is increased by 0.5 seconds.

Buzz’s bulkiness makes up for his low attack range. The main objective while playing Buzz should be to reach the squishy targets using his Super and eliminating them as quickly as possible. Using his Gadget will instantly fill his Super meter, which can be a great tactic to catch enemies off guard. However, Buzz’s attacking animation isn’t linear, and it might take some time adjusting to it.

One of the best ways to play aggressive on Buzz is by hiding in a bush and then instantly latching on targets using his Super. Buzz as brawler prevails in Solo Shodown, Duo Showdown, and Brawl Ball. Buzz thrives in matches with a lot of structures as he can latch onto them. However, he struggles against brawlers that can consistently deal damage from long range and avoid getting hooked by him.