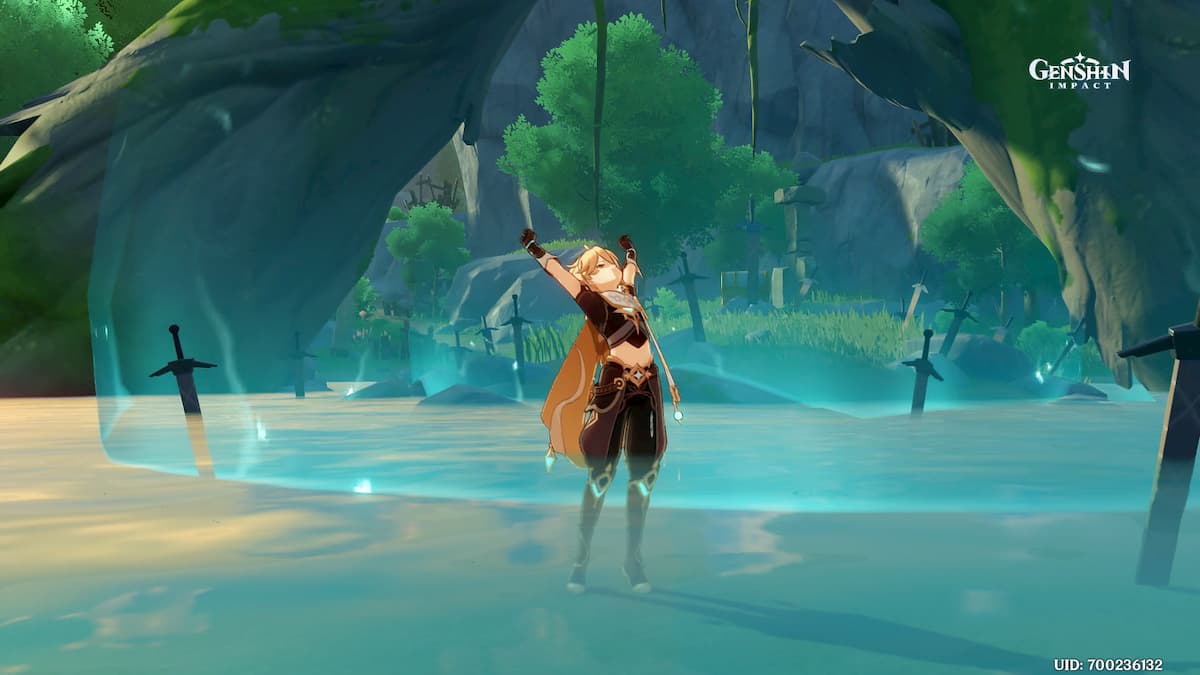 As you venture through the world of Genshin Impact you will come across various NPCs that might have some interesting quests for you. In the Dadaupa Gorge, near the Galesong Hill, you will find a Dr. Livingstone who is investigating a nearby phenomenon. In a sword cemetery nearby is a chest with three shields around it.

If you speak with Livingstone she will tell you that she thinks the shields are being maintained by the efforts of nearby hilichurl tribes. She will give you some clues about where to look, but you will need to track down the tribes and deal with each one to drop the shields.

You can find all the three tribes marked on the map above by the white horned symbols. Each one will present a slightly different challenge, and you will want to be around character level 18 to deal with them.

The tribe to the north will have a large raised platform with a totem on it that you need to interact with. This will start a timer and you will need to take out 10 enemies before the time runs out. Once you have all ten dead, hit the central totem with some Cryo magic and it will cause one of the shields to drop.

The southern tribe is located near a small lake, and all you need to do here is take out some enemies that are near the totem. One of them is large, with a huge shield, so use Pyro to burn away the shield and then take him out. When it is done, hit the totem with some Lightning magic to drop the second shield.

The final tribe can be found to the southeast, and you will once again need to take out some enemies, then hit the totem with some Pyro magic to drop the final shield. After that, you can return to the Sword Cemetery to open up the chest.