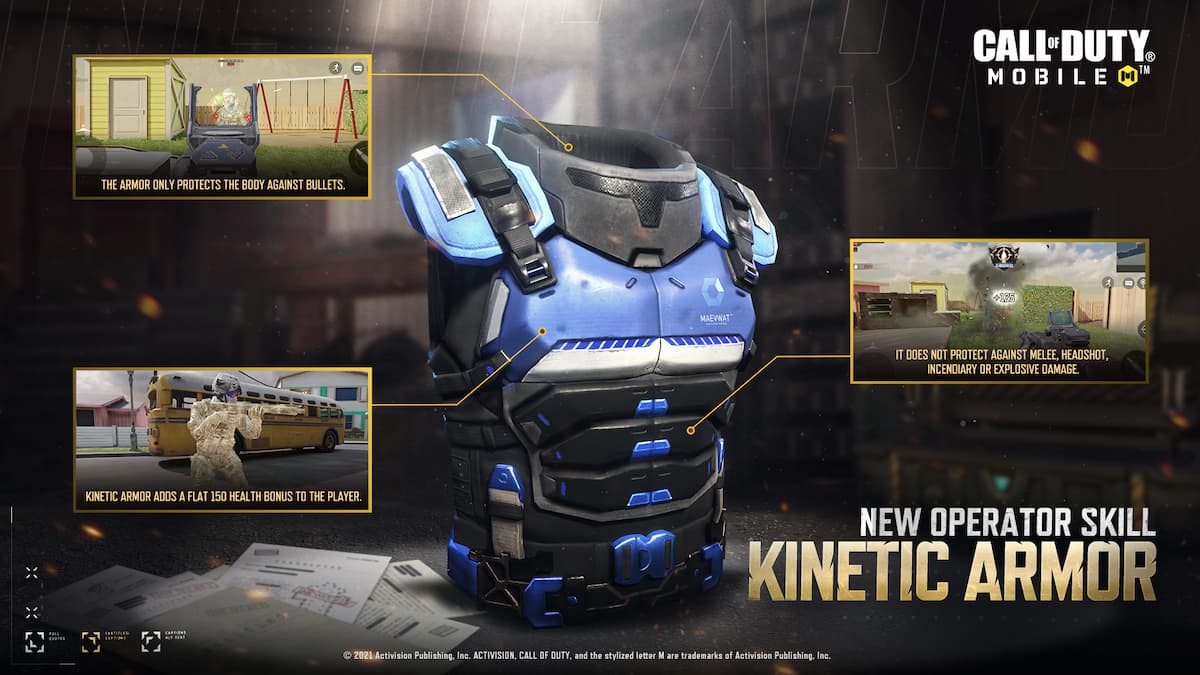 COD Mobile Season 7 – Elite of the Elite has brought a ton of new features to the game, including new maps, modes, seasonal events, weapons, and more. In addition to this, Activision will also be bringing a brand new Operator Skill called Kinetic Armor, which was first seen in Black Ops III as a Specialist Ability.

Kinetic Armor is a reactive armor that deflects the bullets away from the body and adds a flat 150 HP bonus to players. However, it is worth noting that it does not protect the player from melee, headshot, incendiary or explosive damage. If you are also looking forward to equipping it while going into the battle, here’s how you can get it.

How to get the Kinetic Armor Operator Skill

Kinetic Armor will be a free reward in COD Mobile Season 7 Battle Pass, which means you don’t need to buy the Battle Pass to unlock this Operator Skill. All you have to do is earn Battle Pass XP in the game by playing matches, completing various missions and challenges to level up. Once you reach Tier 14, you will get Kinetic Armor Operator Skill that you can equip to protect yourself from damage to get an extra advantage over the enemies.

COD Mobile Season 7 Battle Pass will also add a lot of premium rewards, including Demir Operator, Calling Card – Before the Storm, Charly – Huntress, and more. Players can buy Battle Pass for 220 CP if they want to earn the premium rewards.