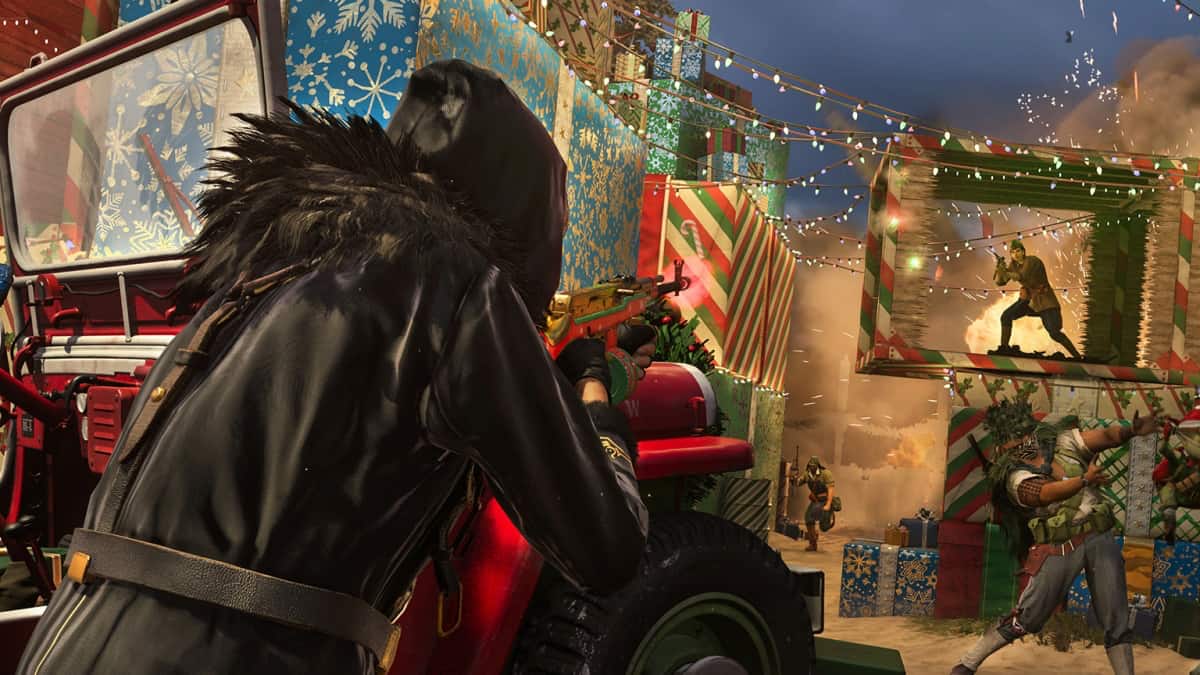 For the last few years, the Call of Duty franchise has celebrated the holiday season by adding limited-time-themed cosmetics and modes to its multiplayer. Although fans shouldn’t expect a major difference this year within Vanguard and Warzone, their shared Festive Fervor event will introduce some of the strangest and most terrifying characters to ever be in the series.

Like past celebrations, this special Festive Fervor event will only last for a few weeks, starting on December 16. For Vanguard players, expect its update to be available on December 15 at 9 PM PT, while Warzone Pacific will receive its own holiday update on December 16 at 9 PM PT. Although its end date has not been announced, limited-time bundle sales point to the event possibly concluding on January 5.

Everything included in Festive Fervor for Vanguard and Warzone Pacific

The most noticeable inclusion those in both games will spot is the presence of Elf Team Six and folk tale legend Krampus. Hidden in both the multiplayer maps and Caldera, players can hunt down this deadly group of elves to complete challenges, gain XP, and earn killstreaks — but they aren’t afraid to go down without a fight. As for Krampus, this mythical creature will be roaming around both games and specifically targeting lackadaisical players who have low objective scores. Unfortunately, you won’t be able to see him at most times, as Krampus only attacks from behind with a finishing move.

Another limited-time offering, an objective-based multiplayer mode, titled Armageddon, comes to Vanguard as a spin-off of Modern Warfare 3’s Drop Zone. Like Drop Zone, two teams will be fighting for control of an objective that is constantly moving around the map. However, once a team has fully secured the area, presents holding various killstreaks will rain from above the objective.

While Festive Fervor takes place, Vanguard’s famed Shipment map will be known as Shipmas, with it receiving a complete holiday makeover. As a result, all shipping crates on Shipmas will be transformed into wrapped presents, and numerous Christmas trees will be added throughout the location. Zombies and Caldera players should also prepare for the same seasonal overhaul, with Der Anfang and Caldera said to have several Christmas-themed locations during the event.

As expected, new holiday bundles will land to both Vanguard and Warzone Pacific. Possibly the most anticipated, players can purchase a Krampus-inspired outfit for operator Roland through the Krampus Unleashed Bundle. Alongside the skin, the bundle will feature “Reindog Rampage,” a finishing move that has operators calling in demon-controlled dogs to take out enemies from behind.

Lastly, Festive Fervor introduces Green and Red tracers to Vanguard weapons for the first time via the Santa’s Slay Bundle. Although it isn’t clear which weapons these tracers will be added to, it is confirmed these guns are in the form of Legendary blueprints. The Santa’s Slay Bundle will also bear a new finishing move where players can call in the Elf Team Six to gang up on a targeted opponent.

Related: Best unlockables in the Call of Duty: Vanguard and Warzone Pacific Season One Battle Pass