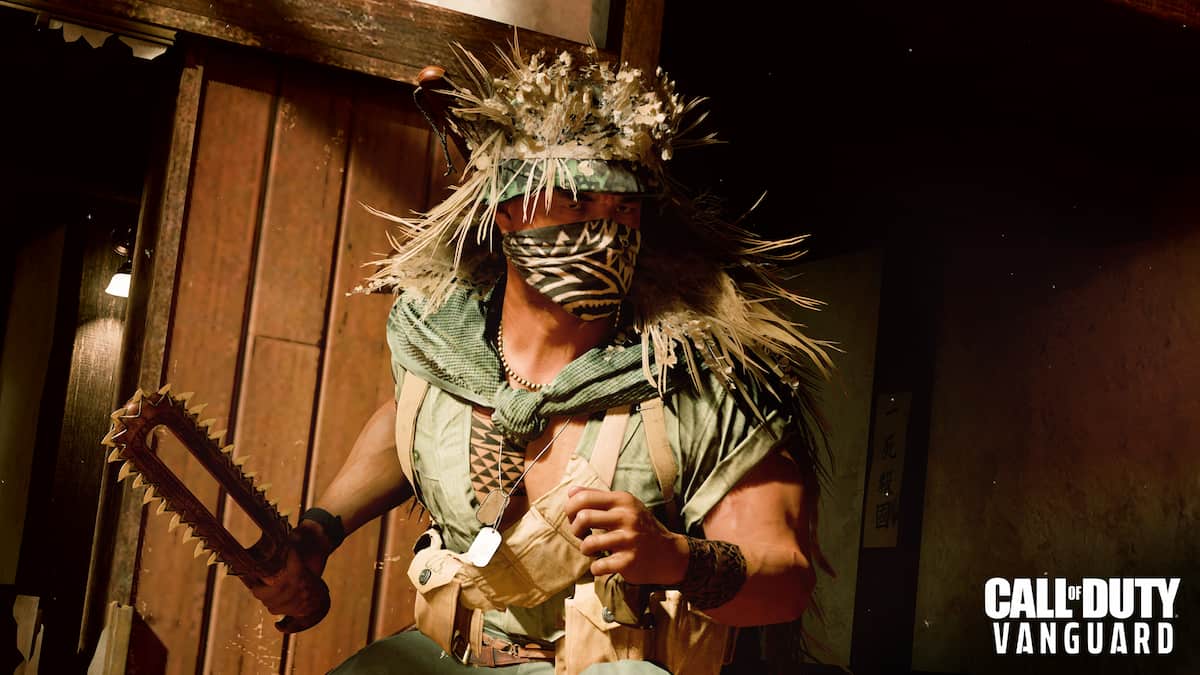 With Season One of Call of Duty: Vanguard and Warzone Pacific now underway, its accompanied Battle Pass delivers over 100 new items that can be used in both of these titles. Similar to its predecessors, the pass carries a range of skins, blueprints, and most importantly, new weapons to unlock. Instead of taking your time to discover which items work best in each game, here is our detailed list of Season One’s ten best unlockables.

Along with the inaugural season does finally come a plethora of Fighting and MVP Move animations. At Tier 19, Battle Pass owners will earn the vicious Finishing Move, Raptor Rage. Although we don’t want to go into great detail about this gruesome move, having it equipped will allow you to sneak up and assassinate enemies from behind with a raptor claw.

For sub-machine gun fans, Earthly Tribe is one of the few blueprints in the Battle Pass that gives the weapon type a good reputation. Firstly, the Earthly Tribe aids in giving the Type 100 SMG one of the fastest aim-down-sights times in Vanguard’s multiplayer. Speaking of speed, the gun’s weight will also be decreased, allowing you to run and gun much faster than you would with other guns.

If you’re searching for a weapon that succeeds through all types of play styles, the Automation’s Versailles blueprint is an adequate choice. This collection of attachments includes a 2.5x custom optic, the Deep Breath Kit, and the Lengthened ammo type — all working well together when attempting medium to long-range shots.

Recent updates to Vanguard’s multiplayer have been kind to the Volkssturmgewehr assault rifle, even though it was already heralded as one of the best guns at launch. For those who haven’t been able to experience its overwhelming fire rate and on-point accuracy, obtaining the Tranquil Rage at Tier 85 is a great introduction to “the Volk.”

As we’ve recommended before, any and all Warzone Pacific players need to try out the DP27 LMG in at least one match, as it is one of the best Vanguard weapons to have in the battle royale. It has the highest damage of all other Vanguard weapons in its class and bears the sort of precision accuracy that is usually exclusive to assault rifles. At level 1, the gun can still hold its own in fights, but owning its Dirtdigger blueprint gives you early access to all of its best qualities.

Similar to the Sawtooth, Francis’s absurd Awoken outfit is one of the first pieces of DLC that deviates from the game’s serious World War II tone. Once you’ve reached the end of the Battle Pass, Awoken will grant this operator a horrifying wooden skeleton mask with some pretty cool islander garb.

For good or for worse, Vanguard’s Season One rings in the first of likely many overpowered melee weapons. The one to lead this charge is the wooden Sawtooth blade, unlocked at Tier 37. While equip, expect this outrageous tool to strike enemies down through just two swipes.

The newest assault rifle joining Vanguard is the lightning quick — and free to own — Cooper Carbine. Quite truthfully, the weapon feels more like an SMG, but its high rate of damage makes it clear why it was placed in the AR category. The magazine size on the base weapon is painfully slim — so much so the Cooper Carbine should mainly be used in Search and Destroy and nothing else. That being said, its Harvester Legendary blueprint does fix this problem and gifts it a shocking 10 high-level attachments. So, once you’ve hit Tier 100, you must give this rookie gun a try.

For those who’ve missed their chance of getting the elusive all-black Roze skin, equipping Polina’s Battleprepped provides for a great alternative. Reason being, this cosmetic gives Polina a brown and green outfit that blends in almost too well with most of Caldera’s environment. Better yet, Battleprepped lends the operator a black gas mask, making it hard on enemy snipers from afar to see where your head is.

At Tier 31, all Vanguard players will unlock the brand new Gorenko Anti-Tank Rifle. But, you’ll soon see that the Gorenko is also incredibly anti-foot-soldier, with it consistently landing one-hit eliminations. It is worth leveling up on its own, but being rewarded the Hold The Line blueprint makes it much easier to max out. The blueprint’s accuracy and damage is leagues better than the 3-Line Rifle sniper; however, you may need to tinker with its attachments to boost its slow ADS time.