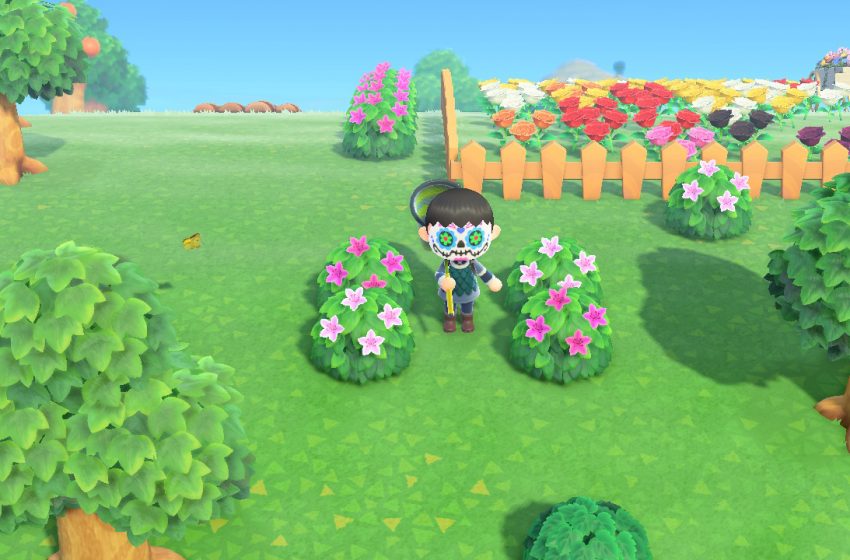 You can now add shrubs to your island in Animal Crossing: New Horizons by speaking to the newest merchant, Leif. Leif releases alongside the Nature Day event where players can participate in more eco-friendly activities on their island and receive additional nook miles as a Nook Miles+ member. Leif doesn’t show up every day and has a limited amount of shrubs available, and they come in a default selection of colors.

Shrubs operate similar to trees. You don’t have to water them or take care of them as much as you would a flower. However, they have flowers growing on them as if they were one, brightening up your gardening and standing out wherever you plant. Because they operate like trees but act like flowers, you have to wonder if they possess the same mechanics to cross-breed and create a hybrid plant?

After waiting for the shrubs to produce any offspring for multiple days, it does not appear they can cross-breed with one another. Despite placing in two different formations alongside different colored shrubs, they did not produce new colors. These might be able to contribute in a particular fashion, in a specific configuration, somehow. But we don’t seem to have that information based on our experience in New Horizons. The hybrids don’t appear as a traditional flower hybrid does.

Depending on what new results we find as we continue to play through the game, we’ll update this guide in the future if the shrubs can produce hybrids. Right now, we don’t appear that’s the case, at least for the azaleas that Leif offers players that are in bloom.