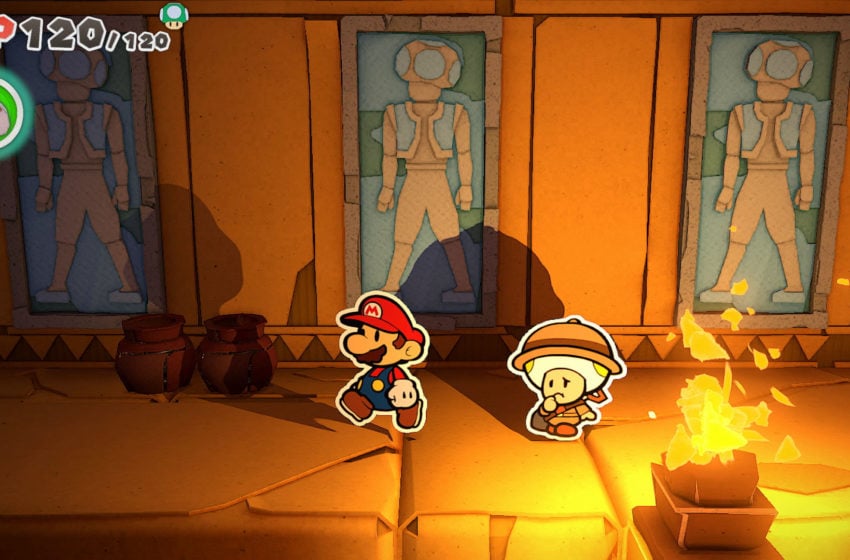 The world of Paper Mario The Origami King is truly vast in scale with multiple worlds and areas to explore.

To go from the first area you visit to the last one purely by walking would take at least 45 minutes to circumnavigate, and that’s only if you don’t accidentally enter into a battle or two along the way or get lost. It truly is massive.

As such, you would think that Nintendo would include some form of fast travel system for you to go to any area of the world you want with ease, but this is sadly not the case… sort of.

While there is a way to travel from one area to another in the form of the various pipes scattered across set areas in the worlds and Toad Towns’ Museum, or by the Sensor Labs which are located in quadrants like Picnic Road, there isn’t an exact way to get exactly where you want to go in the game.

As such, you can sometimes find yourself having to link up Warp Pipes and use both the Sensor Labs and Pipes to get where you want to go as quickly as possible, but it still feels slow and not ideal for the scale the world is in.

The game also has a lot of backtracking, so after awhile you are going to likely get aggravated by the whole situation of a lack of a real fast travel system, but there’s nothing you can really do but use Toad Town’s various forms of pipes and systems to find the best route to where you want to go.