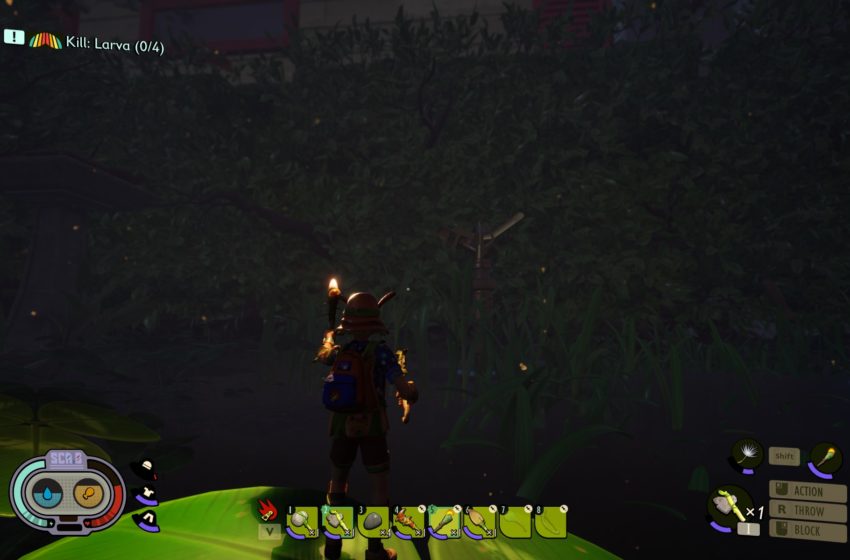 There is a diverse ecosystem of insects you encounter in Grounded. Many of them show up right to your doorstep, for better and for worse, and other times you have to seek them out. For those looking to find mosquitoes to complete a task for BURG.L, you may spend a great deal of time searching for them. While there is a quest available to eliminate them from the game, many players wonder if they’re available or have not yet been released by developer Obsidian Entertainment.

The mosquitoes appear to be similar to the bees in Grounded. Players can receive quests from BURG.L, but none of the animals are in-game. Some players have noted they were able to encounter and find mosquitoes by being the swamp and waiting for it to be dark. However, having done this ourselves and running around the swamp for several in-game hours, we were unable to find the mosquitoes’ presence. Many other players have reported they are not available in the game yet.

Because they are not available in the game, but there is a quest to kill them, it’s expected Obsidian will be releasing them to the public in the future. We don’t know too much about when that will happen or where you will find them. You could potentially find mosquitoes in the swamp at night when released, but it’s not confirmed. We’ll update this guide when we learn more about it following future updates during Grounded’s early access.