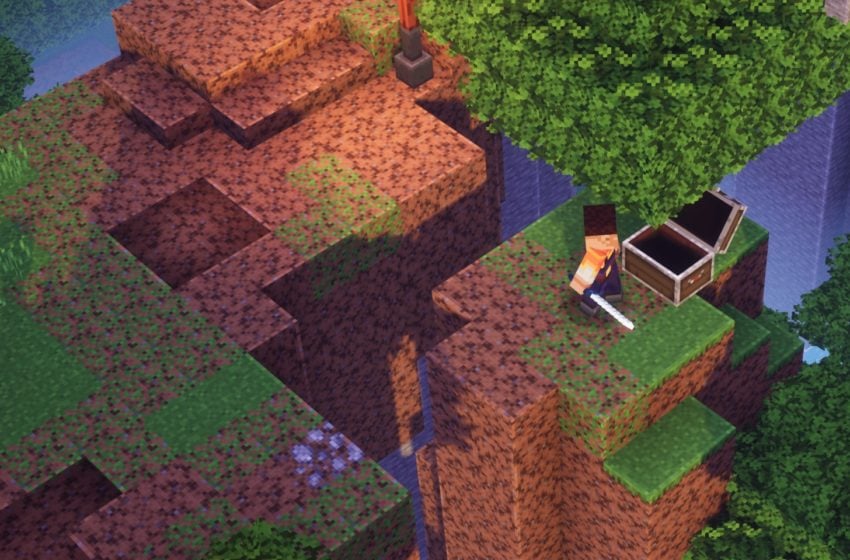 Minecraft Dungeons sees players exploring different areas, hacking and magicking their way through monsters, and picking up loot. Lots of loot. Hammer, pickaxes, bows, swords, and armor are just the tip of the proverbial iceberg.

Unlike many other action RPGs, there is no class system, and what you carry in your item slots dictates your character. This means if you have a favorite weapon or artifact, you can use it for as long as it is power relevant.

But what if you are playing with a friend who gets a higher power version of something you like, and they hate it. Can you trade armor or weapons with them? Unfortunately, the answer to that question is no.

Minecraft Dungeons does not currently have a way to drop loot that someone else can pick up, or directly trade it with them. Each player is a victim of their RNG’s whims when it comes to getting weapons, armor, and artifacts in the game.

The only thing you can really do with gear that you have outgrown is to salvage it in your inventory. The good thing here is that you can get any Enchantment points you have spent on the gear back, and a realistic look at the game tells us that it is those same Enchantment points that have killed off the trading system people may have been expecting.

Hopefully, in the future, we will be able to pull our Enchantment points out of a weapon without destroying it, and give it to someone else.