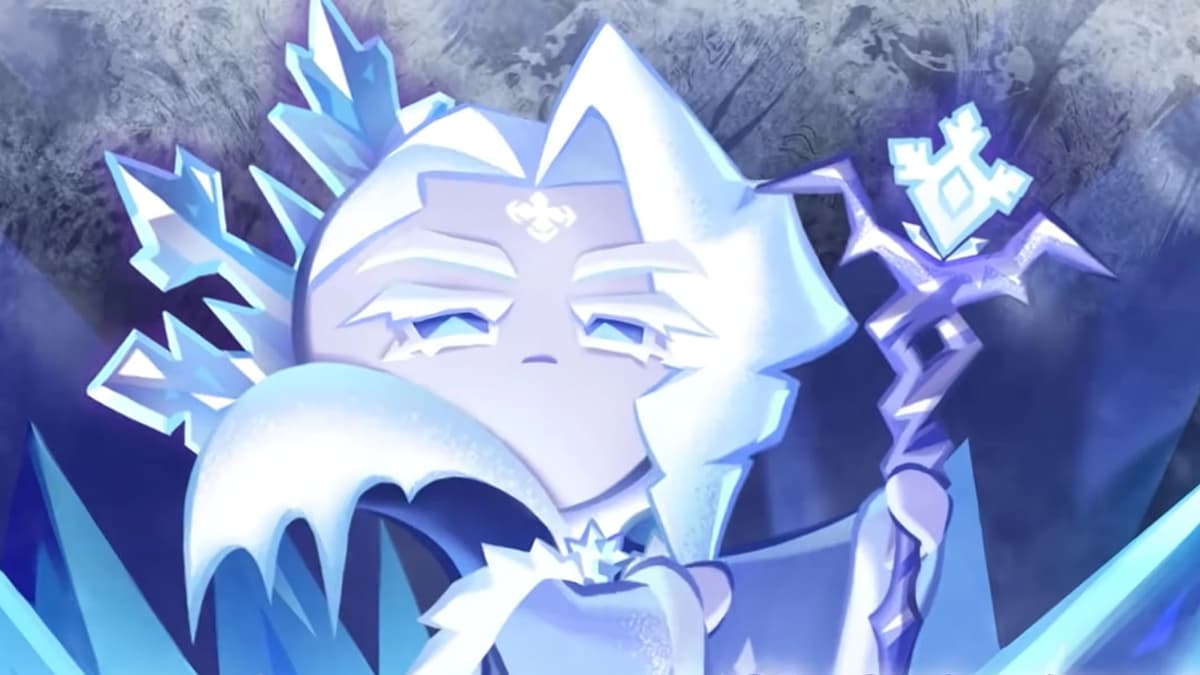 Frost Queen Cookie was introduced alongside Cotton Cookie in Cookie Run: Kingdom’s Frost Witch and the Lantern in the Snow update back in November 2021. Frost Queen Cookie is a magic unit that is placed in the middle. As it goes with magic users in the game, she’s a squishy character that can deal a large amount of damage, especially with her skill.

Frost Queen Cookie’s skill is called, “Freezing Squall.” When activated, she will cast cold energy across the battlefield that deals damage to all enemies and will receive a debuff called Freeze, which will freeze them for two seconds. All frozen enemies’ cooldowns will be paused, and they will receive an additional portion of damage when they become unthawed. If the Freeze is removed, the enemies will not receive the extra bit of damage. Frost Queen Cookie is immune to Freeze so if she’s on the enemy team, she won’t be frozen. This skill is on an 18-second cooldown.

Now, you may want to equip Searing Raspberry to Frost Queen. While this will be an okay choice, the best option will be to go with a full Swift Chocolate build for her. The reason for this is that her 18-second cooldown for skill is detrimental to her. The ability to constantly freeze your opponents and pause their cooldowns will give you an undeniable advantage in battle, especially in something like Arena where you’ll no doubt be going up against players who will try to spam their Cookies’ skills and heals as often as possible. Plus, Frost Queen Cookie’s skill damage will increase upon each level. So, as you level up her skill, you’ll increase Freezing Squall’s power. You can do this by grinding Magic Powder in the game’s Daily Bounties.