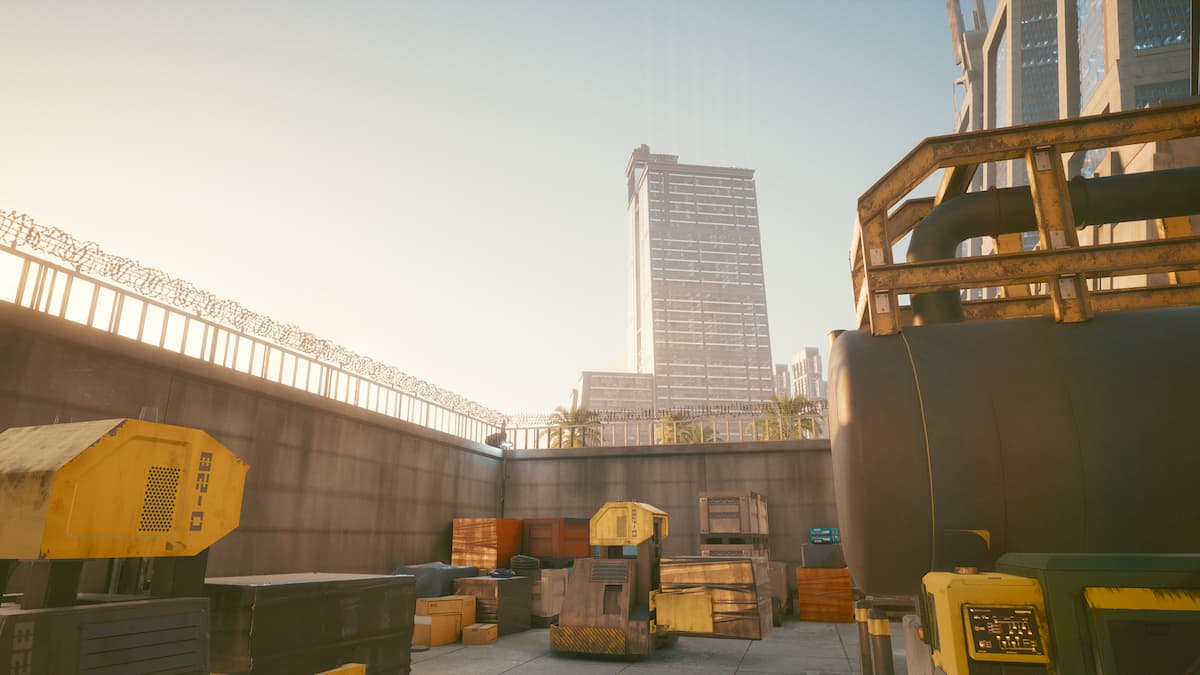 Cyberpsychos are all over Night City, and in Cyberpunk 2077, it’s your job to take down all 17 of them before they can cause more chaos and death. The Ticket to the Major Leagues gig is features one of these Cyberpsychos.

Where to find Ticket to the Major Leagues

You can find the start to this mission on the west portion of Little China, right alongside the docks, underneath the major highway that connects the district to City Center.

When you enter the scene and walk into the area, there’s a dead worker, and of course, Johnny shows up. Continue looking and investigating the area to find the Cyberpyscho hiding there. You won’t have to look too hard for them. When you go deeper in, look to your left, and they’re leaning against a wall. When you’re close enough, they turn to attack.

How to defeat Alec Johnson

When Alec sees you, they rush away from their initial position and pull out a light machine gun. They find an elevator post on top of some crates, and start firing at you. From there, you’ll need to find some cover and take them down, peeking out from your spot every so often to hit them when they’re not firing.

There’s nothing too special with this encounter. Alec can be hit with a variety of attacks. You can use any weapon against them, and the short circuit quick hack is always a good one to use when you can spare a moment.

When we had Alec down to 20% health, they threw their weapon down and rushed us, healing quite a bit. From here, they’ll be close range, but they’re only using fists. You can keep your distance from them, using a shotgun, pistol, or a magnum, to make short work of Alec.

After you beat them, loot their body and read the datashard on them. You’ll do this automatically. When you exit from reading it, contact Regina and let them know you’ve wrapped things up. Following the text, exit your messages, and the encounter is over.