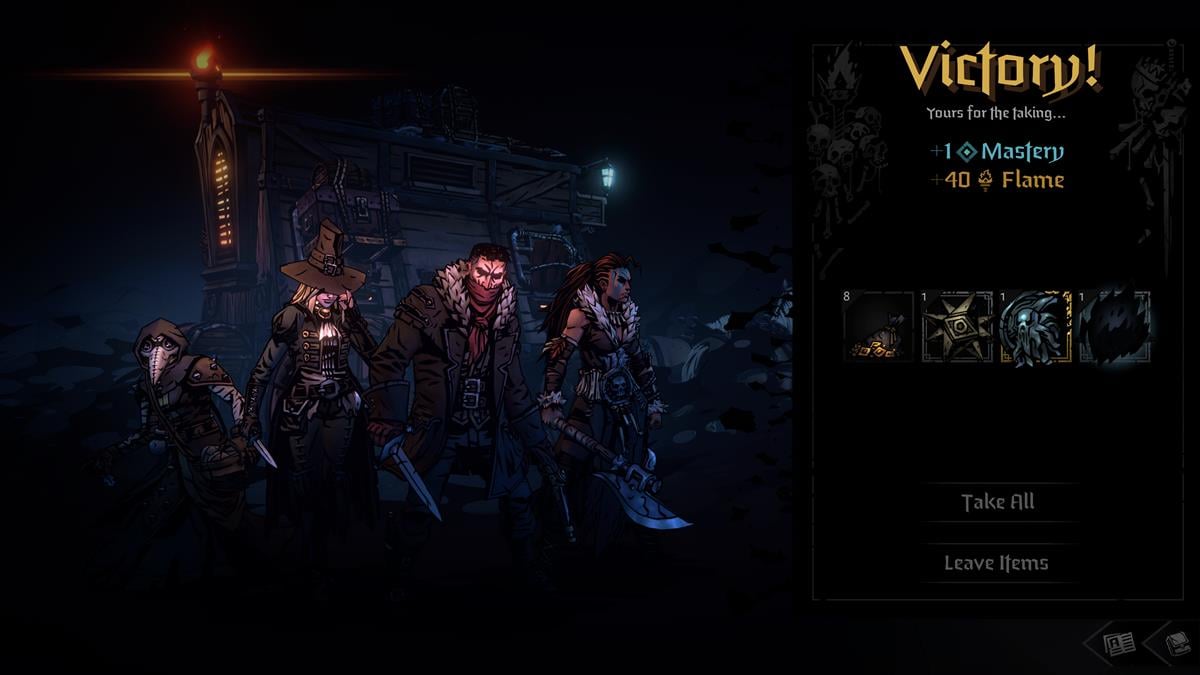 The sources of Mastery points for your skill upgrades

The Mastery points you acquire in Darkest Dungeon 2 are a pooled resource for the entire party. As such, you need to prioritize the right skills only at the start of your run due to limitations. For instance, if you only have three points, you can’t just wantonly spend without a care in the world.

Here are our suggestions for the starting characters:

After fully clearing a zone, there’s a good chance that you’ve got half a dozen Mastery points to spend. This is when you can boost the ones that you weren’t able to pick earlier. By the time you fully clear your second zone, you’ll probably upgrade the rest, too.

Lastly, it bears mentioning that Mastery points don’t carry over across multiple runs in Darkest Dungeon 2. As such, even if you managed to level up every character’s skill, they’ll be back to their default states once you clear (or fail) Act 1.