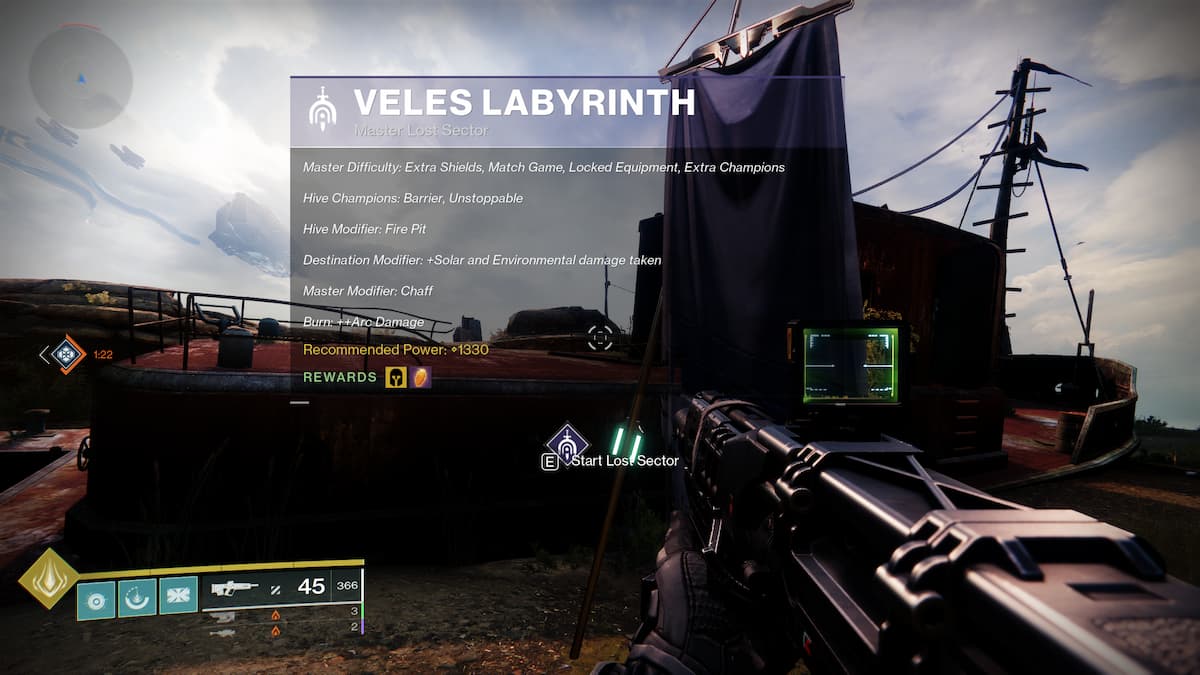 Legendary Lost Sectors are spin on the traditional Lost Sectors most are familiar with in Destiny 2. This variant of the activity includes tougher enemies, modifiers, and Champions with the chance of an exclusive exotic piece of armor found only upon completion of the Lost Sector.

This activity has two versions, each with different light levels of difficulty. One is capped at light-level 1300 and a more difficult one at light-level 1330. In this guide, we will be focusing on the Veles Labyrinth Legendary Lost Sector found in the Forgotten Shores of the Cosmodrome.

Normally Lost Sectors can be completed using any loadout on hand, but with the inclusion of Champions, more thought and strategy are required before jumping in.

This specific Legendary Lost Sector houses two Barrier Knight Champions and one Unstoppable Ogre. Utilizing the seasonal mods found in the seasonal artifact, slot the weapon mods into your character’s arms to access the needed buffs.

The weapons to use are entirely dependent on which mods are available for a given season. Still, we have found that one exotic weapon shines in this particular version of the activity, Xenophage.

With Xenophage’s intrinsic perk allowing it to fire high-powered explosive ammunition, it is possible to bulldoze through most of the champions after staggering them. Additionally, it’s also possible to tear through the final boss with relative ease due to this weapon’s raw power.

Your guardian’s class is an important part of ensuring a smooth run-through of the activity. We have found that high survivability and high burst damage supers are extremely effective with completing the Lost Sector. The following subclasses are what we have found to be the best based on this.