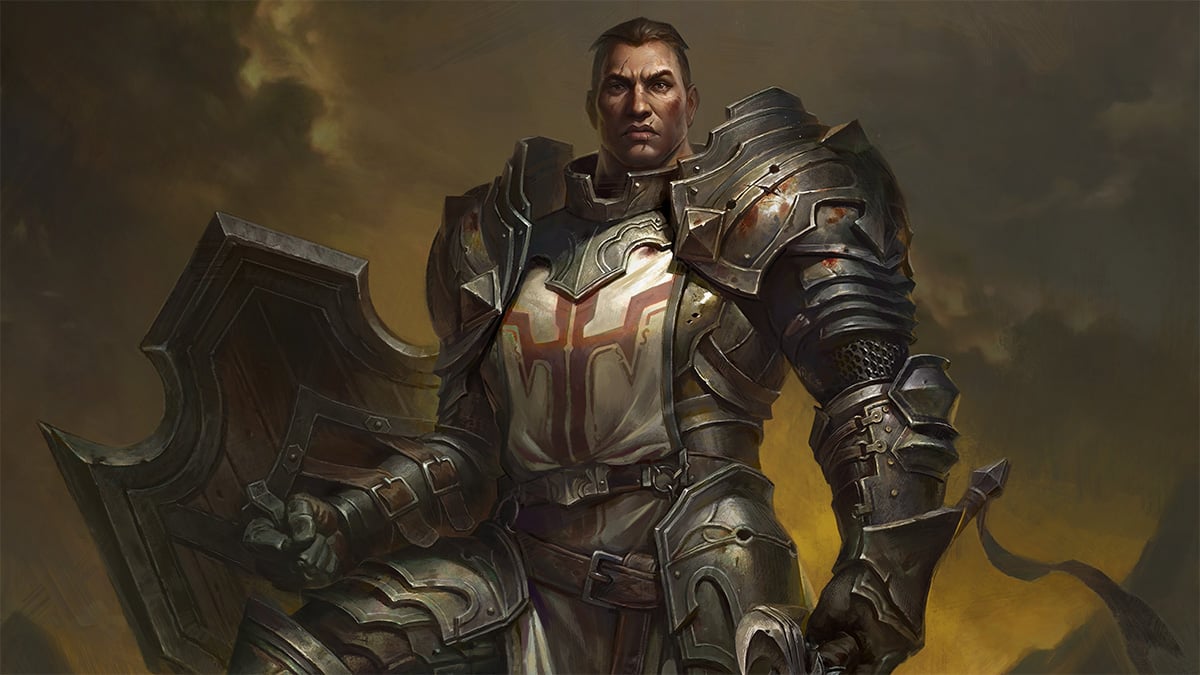 With a suit of holy armor donned and righteous powers in hand, the Crusader is a powerhouse class in Diablo: Immortal. But what does it take to level one from 1 to 60? Follow our easy guide to find out exactly how to deliver heavenly justice to the enemies of Sanctuary on your way to the endgame.

The Crusader has everything a class needs to level and play through the campaign with speed and efficiency. It has an amazing movement skill, it has fantastic AoE damage attacks, and is tough and survivable enough to blaze through without worry. The only things able to hold it back are the long skill cooldowns and somewhat less impressive single-target damage. But a good Crusader knows how to play around those and come out on top.

Level 1: Your Primary skill is Punish, which works as both an offensive and defensive tool because it grants a Hardened Senses buff for 2 seconds after striking an enemy. This buff increases Crusader’s block chance by 30%, so you want to weave in Punish between other skills. You also start with Spinning Shield and Sweep Attack. Spinning Shield is our “pull” ability, giving you a way to line up the enemies for an AoE follow-up. Sweep Attack is just one such attack, but you have a better option down the line, so you’ll swap it out in the future.

Level 3: You unlock Shield Glare, a frontal AoE cone attack that also bleeds enemies. Use it for the time being, but you should plan on replacing this skill soon as well with a much more important one.

Level 8: Your fourth unlocked ability is Falling Sword. This skill gives the Crusader a lot of versatility in its use — it can be used offensively, defensively, or as a movement or damaging ability. If you happen upon any of the Legendary items that support it, it can become an even more powerful utility.

Level 15: Finally, you’ll replace Shield Glare with the game’s best mobility skill, Draw and Quarter. Despite its long cooldown, this skill lets the Crusader mount up to ride and fight for a whopping 6 seconds, while also being able to drag enemies along behind you. You won’t be replacing this skill at any point, it’s that good.

Level 20: You’ll replace Sweep Attack with Consecration, a much better AoE skill that practically melts all enemies over 6 seconds, though bear in mind that it has a fairly long cooldown of 15 seconds.

Crusaders fight with sword, mace, or flail in their main hand, and shield in their off-hand. This means that your gear progression is pretty linear, and you should focus on boosting your gear score. While playing through the campaign, always pick gear with stats that increase your damage output, mobility, and survivability.

Legendary items represent massive power spikes for your character. Almost any that you find would be a huge upgrade, but some of the best Legendary items to find for Crusaders early on include:

Normal and Legendary gems improve the power scale of your character along with gear. While leveling, equip all gems that you find in Hidden Lairs. For Crusaders, if you have a choice, always prioritize picking up Tourmaline gems.