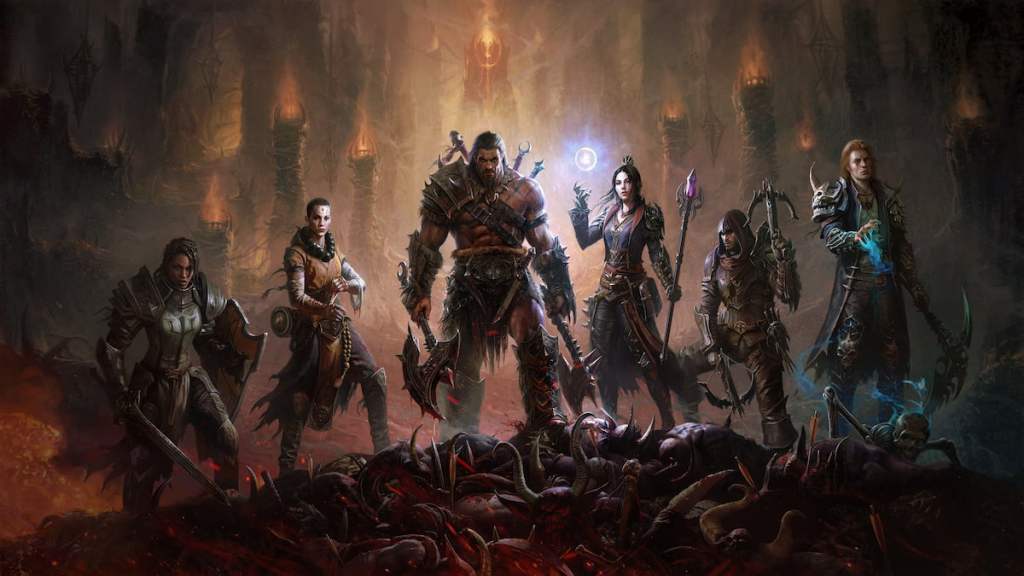 The main PVP option in Diablo Immortal is called the Battlegrounds. It is a fixed 8v8 PVP battle, with scheduled events distributed daily every two hours. Players can queue to play as either the Attackers, Defenders, or Random. There is an MMR system in place, which means that the matchmaker will try to match players of similar gear and Paragon levels. It should also be noted that players cannot party up before queuing, only after a match is joined. To be eligible to queue for Battlegrounds, your character has to be at least level 55, which then allows you to talk to the Battleground Captain NPC to join the fray.

The battle takes place on a fixed three-part map with several chokepoints, with teams spawning on opposing sides of the map. The map has three different objectives marked, each with its own win objectives. The win condition is to complete all three objectives, one after the other.

Related: What is the best class in Diablo Immortal? Class Tier List

Outside of the Attackers’ base, three lanes spawn three powerful enemy monsters. The objective is completed if the Attackers manage to defeat them all, or if the Defenders manage to push them back after the allotted time of seven minutes.

In the middle portion of the map, there are two lanes with an Idol on each. The goal is for the Attackers to escort both Idols to the other side of their area, while the Defenders want to prevent them from succeeding. This round also has a time limit of seven minutes.

The final objective for the Attackers to complete is to destroy the nexus-like structure in the middle of the last portion of the map. This time, they have six minutes to do it, with the Defenders’ job once more being to prevent them.

There are several mechanical changes to how your character and their stats work compared to the normal Diablo Immortal experience. The goal behind these changes is to keep things fair between participating characters. For example, your Critical Hit Chance and Block Chance are much lower than usual, capped at 10% and 20% respectively. Moreover, the Combat Rating of each character is scaled down to 10% of what their normal value would be, and the harmful Crowd Control abilities have their effects reduced by 50% on other players.