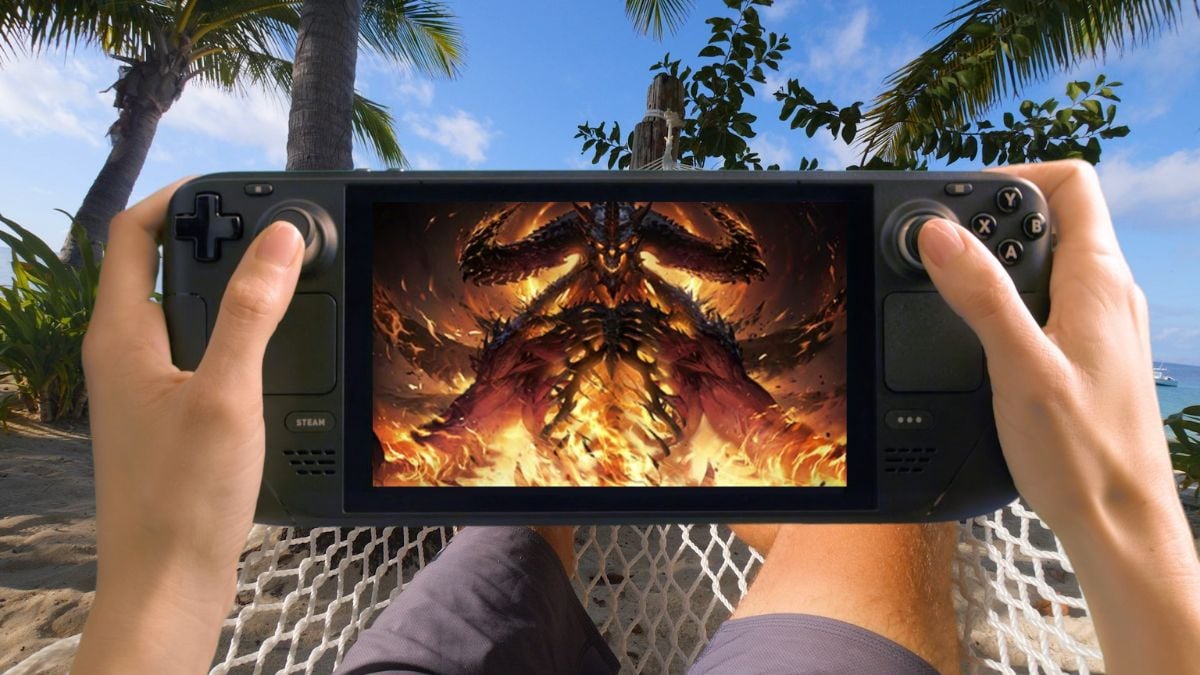 The Steam Deck is Valve’s new handheld console that is supposed to function like a PC you can hold in the palm of your hand. Unfortunately, while the Steam Deck is capable of playing many games, there are those that are beyond its reach. There are also those that are able to be played, but only if you go through alternate means of downloading them. Which of those options is Diablo Immortal? Can you even play it on the Steam Deck?

Can Diablo Immortal be played on the Steam Deck?

The short answer is yes, Diablo Immortal is playable on the Steam Deck. If you are excited to hack and slash your way through demons with tons of abilities in this ARPG, you can do so on Valve’s portable system. The downside about this is that Diablo Immortal doesn’t offer gamepad support. This means you will need to do a little tinkering and adjust the settings of your Steam Deck to make the game function properly. You can also just use a keyboard and mouse, but if you are going through the trouble of adding the game to your Steam Deck, it is better to adjust the controls.

There are two main methods for downloading Diablo Immortal to your Steam Deck. This first method (which is easier) is to switch your console to desktop mode and download the game through Battle.net.

After going through all of that, you will be able to start the download for Diablo Immortal through the Battle.net launcher. Once it is finished downloading, go through the launcher to start the game.

Downloading Diablo through an emulator

The other method of downloading Diablo Immortal requires you to download an emulator. Specifically, many have been downloading Bluestacks from their Steam Deck desktop. The method of launching the emulator is the same as launching Battle.net and requires you to activate it through the Steam Client to allow it to run on your Steam Deck. Through this method and others like it exist, keep in mind that performing them is at your own risk and that using the Battle.net client is a much safer option.