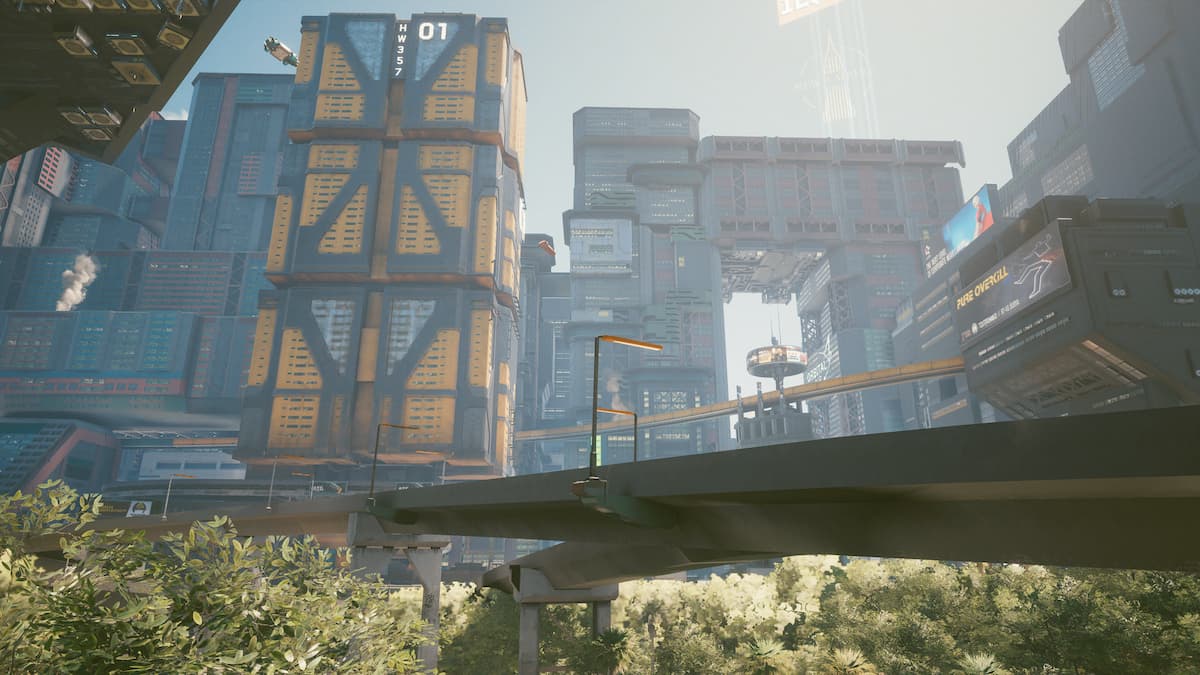 After helping Elizabeth and Jefferson Peralezes with investigating the true cause of mayor Rhyne’s death in the I Fought the Law side job, Jefferson will reach out to you a bit later in Cyberpunk 2077. You’ll be summoned to return to their penthouse at their apartments and see what they need help with next.

Make sure you’ve completed the I Fought the Law side job.

When you arrive, Elizabeth and Jefferson will explain that they had a break in a few nights ago. Shortly after Jefferson potentially shot the intruder, he fell to the ground and passed out, with no signs of an intruder when he awoke. They’d prefer not to have any NCPD officers on the case, so they asked you to help them out. You’ll have multiple choices to ask about the night, but none of them do anything unique. It’s a way to break down what happened that night, so go through all of the dialogue options.

Eventually, you’ll take a look around the apartment. You can choose to do it with Elizabeth, or by yourself. She follows you during any option.

When you’re ready, you’ll have to use your scanner to go through several locations in the penthouse thoroughly.

After you’ve discovered all of these, return to Elizabeth, and speak to her about your findings. When you explain what happened, you share you’ll be going after the van next to the transmitter. You promise to call Jefferson. However, Elizabeth insists on calling her instead should you find anything.

When you arrive at the location, you’ll need to examine the van, and when you attempt to approach, it drives off. You need to hop on your vehicle and follow it throughout Night City. You can lose this vehicle, and if you do, you’ll have to call Elizabeth to explain you’ve lost it. But if you keep up with the vehicle, it’ll lead you to a location covered in guards and security cameras. During our playthrough, we did not lose the vehicle. If you did, we recommend reverting to an earlier autosave, with the most recent one happening when you discover the transmitter tower.

Your goal now is to reach the van and use its access port. The best route is on the left side, and because there are multiple security cameras here, try to breach the nearest one and shut them down. If you do not have the correct perks, you’ll have to do it manually for each one in the area.

By sticking to the left, go inside the building and up the stairs to where one of the guards is located. You can take them out, and then there’s one guard in the far back, close to the van, you can distract and take out without alerting the others. You should have a clear path to the van after.

When you jack into the van, you learn that the owners of the van had been altering Elizabeth and Jefferson’s minds, changing their memories. You call Elizabeth, and agree to meet her in a ramen shop in Japantown.

When you arrive, you and Elizabeth discuss what’s been happening to her for the past few weeks. She had seen things, forgetting things, and both she and Jefferson had been changing. She then reveals she had been threatened by the one who was pulling all the strings and begs you not to tell Jeff. You agree, and Elizabeth leaves. You and Johnny have a quick talk, and the next step is to go and meet Jefferson. Before you arrive, you’ll receive a call from an unknown number, causing your screen to blackout, and then it returns to normal.

Should you tell Jeff?

When you and Jeff sit down to talk, he confirms Elizabeth filled him on the situation, that Holt had used SSI to spy on him. You can choose to let him know about the brainwashing, or support Elizabeth’s assertion that it’s Holt. These are your choices.

While both of these have slightly different dialogue routes, they reach the same conclusion of telling Jeff about SSI is working for someone unknown. Then you reach these choices. The final choice is more of a flavor dialogue to add more details, while the first two are primary choices.

Regardless of the two you pick, they lead you through the same series of conversational trees. The next two choices come up regarding Jeff’s intruder.

Again, each route takes you down the same route. Jeff will want to take the fight to the one behind the scenes, and you’ll have these choices.

The three choices have different dialogue choices—the first details how Jeff plans to be smart about fighting. The second choice has Jeff reciting a Sun Tzu quote, the author of The Art of War. The final choice has him brag about being a winner and how the ones behind it made him like this and plans to use it to his advantage. They lead to the same decision of Jeff wanting to tell Elizabeth, and you reveal she already knows. The end of the dialogue has Jeff storming off, with Johnny sharing the details about the cyberspace potentially have a rogue AI, and the gig is complete.

When you decide to support Elizabeth’s decision not to tell Jeff about being brainwashed, he can’t believe you didn’t find anything. Here are your choices.

The three choices take you down the same route, and the situation dissolves into the same choice of Jeff wanting to find out who had been spying on him from SSI. However, he doesn’t know that someone had been brainwashing him, and that’s the critical difference between the two. Regardless, Jeff walks off, and he wants to fight back.

As for the best choice, it’ll vary on how you think Jeff will handle the news. Both choices conclude with Jeff storming off, wanting to fight. We won’t know the results of choice until the next gig involving this plotline.

For our playthrough, we decided to tell Jeff that he was being brainwashed. It felt like he had the right to know, especially if he planned to take on the group, regardless if we told him or not. He deserved to have a fighting chance with as much knowledge as possible.