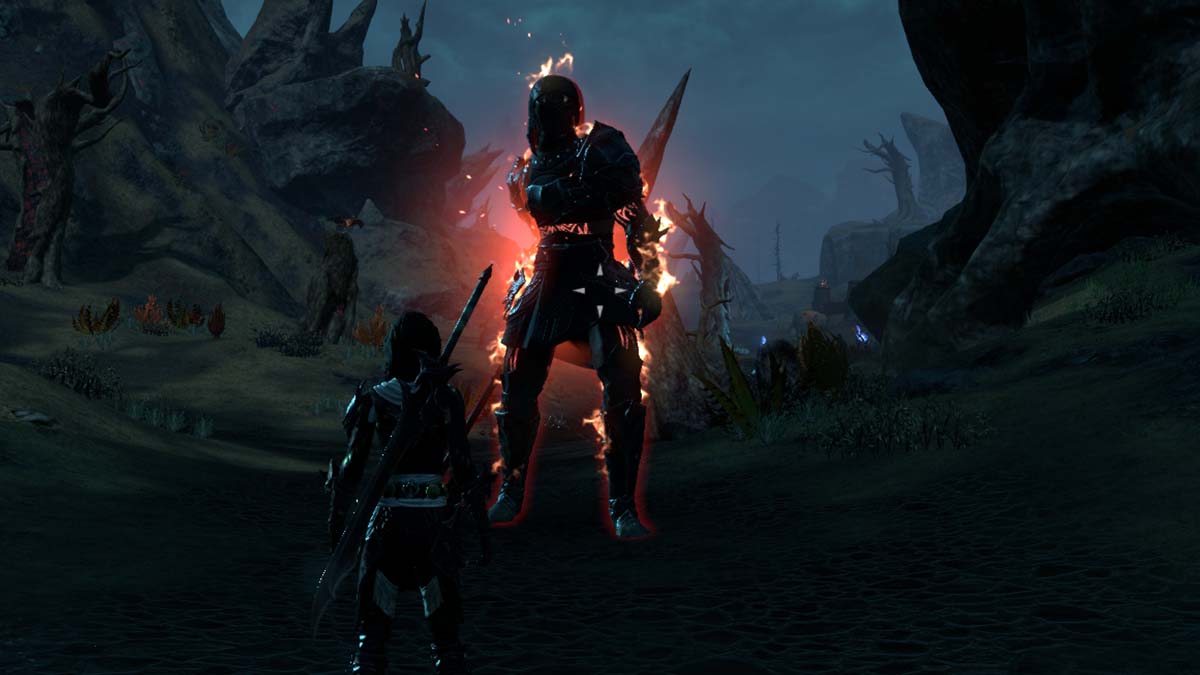 How to find the wandering Havocrels

Unlike normal world bosses, these wandering bosses can’t be found in a single location. Instead, you’ll find them trawling around in the northeastern corner of the Deadlands. The Havocrels follow a set route but appear randomly. If you follow their path, you’ll be sure to run into them.

There are three giant Havocrels you can run into. However, whilst all of them will spawn on this route, players will never find all three Havocrels at once. Only one Havocrel will wander the Deadlands at any one point. Players will need to find and defeat each one separately. If you are planning to take on these giants, you’ll need to be prepared.

Wandering bosses are meant to be a challenge

Most players will want to tackle these bosses with a group of players. We were lucky enough to play an early walkthrough with Jeremy Sera and Tom Murphy, the lead story tellers for the new Deadlands DLC. Murphy told us the bosses “are a very difficult world boss in terms of difficulty. They are one of the cool new ways we treat the Daedria in the Deadlands. Not even the roads are safe.”

Furthermore, Sera and Murphy said, “the Deadlands aren’t safe” and “he hits hard!” These wandering bosses can be “skirted around if you’re not looking for a fight,” but Murphy says “they are meant to be a challenge.” Sera said, “it would basically be impossible [to solo]. Our goal is for six to eight decent players” to take on the boss. Sera told us, “six bad players would probably get rolled.”

These bosses don’t spawn adds; it’s simply about having enough players, staying alive, and hitting hard. All three bosses have the same mechanic. Once you’ve mastered one, players will be able should be able to defeat them all.

Players will need to watch out for the flaming heavy attacks each boss has. Most of the boss attacks are relatively slow. They attack slowly with moves players should be able to see coming. When the boss winds up their weapon, stay out of the damage zone. Players will need to be careful of the bosses heavy attack. You’ll see the heavy attack coming where the boss sticks his weapon in the ground. Damage will spring from the boss in a star-shaped pattern. Players can dodge roll out of harms way.

When the boss grinds up his sword, the damage will come directly in front of the boss in a cone shape. Make sure you’re standing behind the boss to stay out of this damage zone. The bosses also have a sword dash attack which is their only fast move. Players should move or dodge roll out of the way when you see the boss place the sword behind his back. Bosses also have a wind up sword attack, which is relatively slow. Tanks should be able to interrupt this attack, assuming they have enough stamina remaining.

Finally, players will need to watch out for lightning strikes from above. These fall in circles around players. Players can expect lightning to start falling when the boss raises one hand in the air. Dodge away from these damage circles to keep your health intact. Having enemy combat colors switched on in settings will help players identify the area of damage for boss attacks.

Remember to be prepared before you go into battle. Full health, magic, and stamina are essential. Make sure you have plenty of potions with you, and you also have your food buff on for your build. With a decent group of players and a little bit of patience, you shouldn’t have too much trouble taking out these bosses. You’ll also receive world set pieces for defeating these bosses.

If you find and defeat all three Havocrels, you’ll be awarded the “Havocrel Hunter” title.