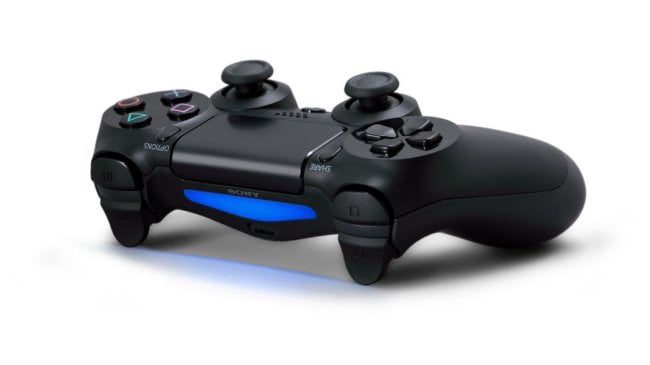 The PlayStation 5 is one step closer to reality today, with the announcement of its release date and the first confirmation that it will be called PlayStation 5. There’s still quite a while to go until the next-generation Sony console’s release. Today also saw a deluge of details on the console, including some hints on what to expect from its controller.

The most substantive details came from an interview with Sony Interactive Entertainment CEO Jim Ryan and PS5 system architect Mark Cerny, published today in Wired. Neither Ryan nor Cerny would confirm that the controller will follow convention and be called the DualShock 5. But Wired reports that it looks more or less like the DualShock 4, with some small but essential changes.

One of the most significant additions to the new controller comes from a small, unassuming hole. Wired’s reporter speculates this is a microphone for the rumored AI voice assistant coming to the PS5. Integrating that feature into the controller could point to it being a major part of the console. Unlike the PS4’s voice recognition features, which most players seem to overlook if they even notice they’re there in the first place. On the other side of the audio spectrum, the PS5 controller reportedly has an improved speaker. It’s likely early games will lean heavily on controller-based sound cues to enhance the playing experience.

According to Wired, the controller’s speakers will work in tandem with an improved rumble to change the tactile feel of the controller in different circumstances. These two systems working together will be able to mimic the feeling of different terrains your character is moving through in the game. Sand will make your inputs feel slower, while ice will make them feel slippery. If it works out, the controller’s new haptics could be a major boost to VR games. Like the DualShock 4’s touch screen, they could easily be a lofty attempt at a breakthrough that doesn’t pan out.

One more feedback feature seems a little more grounded: the PS5 controller will have what is being called “adaptive triggers.” It provides more resistance based on what’s happening in the game. They could mimic the resistance of pulling back the string on a bow, add kickback to trigger pulls with powerful weapons, or make it tougher to hold down a trigger that’s being used to run through rough terrain or cling onto a cliff face.

All in all, the details we’ve got so far make the PS5’s controller sound like a nice leap forward. There’s nothing revolutionary, which may be the exact mix of familiarity and novelty we should hope for out of a controller. One potential problem with its new features — particularly the adaptive triggers and voice control — is the possibility of making the controller harder to use for people with disabilities. It’s going to be impacting their mobility or speech. Hopefully, Sony is working on a plan to deal with that, or the reveal of an adaptive controller like the one made by Microsoft coming soon.