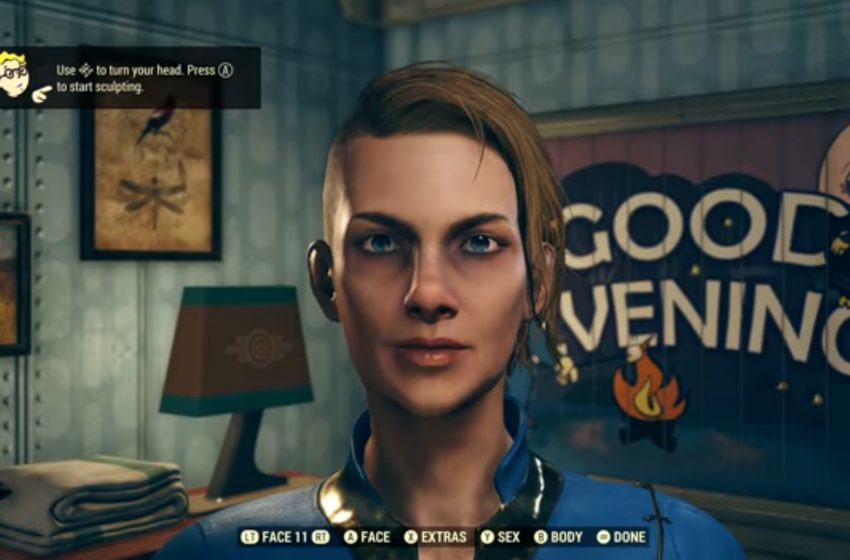 Fallout 76 has finally arrived, allowing you to link up with friends online to take on the wasteland.

As with many titles in the series’ history, Fallout 76 gives you the chance to design your own character using an in-depth customization tool. This customization tool lets players choose their character’s gender, hair, skin color, and more before venturing off into the world.

Fallout 76’s creation feature is one of the most advanced tools out there and gives you a host of options when customizing a character. To help you get a better idea of what to do, here’s everything you need to know about Fallout 76’s character creation system.

Note: This guide is based on our time with the beta. Some sections could and might change when the actual game is released on Nov. 14.

Following in the footsteps of Fallout 4, players can once again decide if they want to play as a female or male character when they leave the Fallout shelter.

Ultimately, however, the character’s gender doesn’t matter that much—it’s more of an aesthetic option for your playthrough. You can, of course, make multiple characters in the world of Fallout 76, so you can always create a male and female character if you want.

Sculpt your face and body to your liking

Once you have the ideal body and face sorted out, you can then go in and add more details, such as scars, pimples, makeup, hair color, tattoos, and more, to make yourself look like a wasteland badass or a dainty little survivor. In Fallout 4, people were turning their characters into horrific creations and anime characters—so we can’t wait to see what the community does this time around.

If you don’t want to do all that work, though, and simply want to jump into the game, Bethesda has added a bunch of preset faces for you to choose from—or you can just randomize the whole process to see what happens.

Pick up clothes that you like in the wasteland

Let’s face it, no one wants to wear the Vault 76 jumpsuits for the entirety of the game.

If you’re seeking new threads, a vendor, a crafting station, or a corpse on the side of the road can offer you different clothing options to use outside of the standard Vault 76 jumpsuit. These can even increase your defense in the process.

This article will be updated at a later date as we learn more about the game.