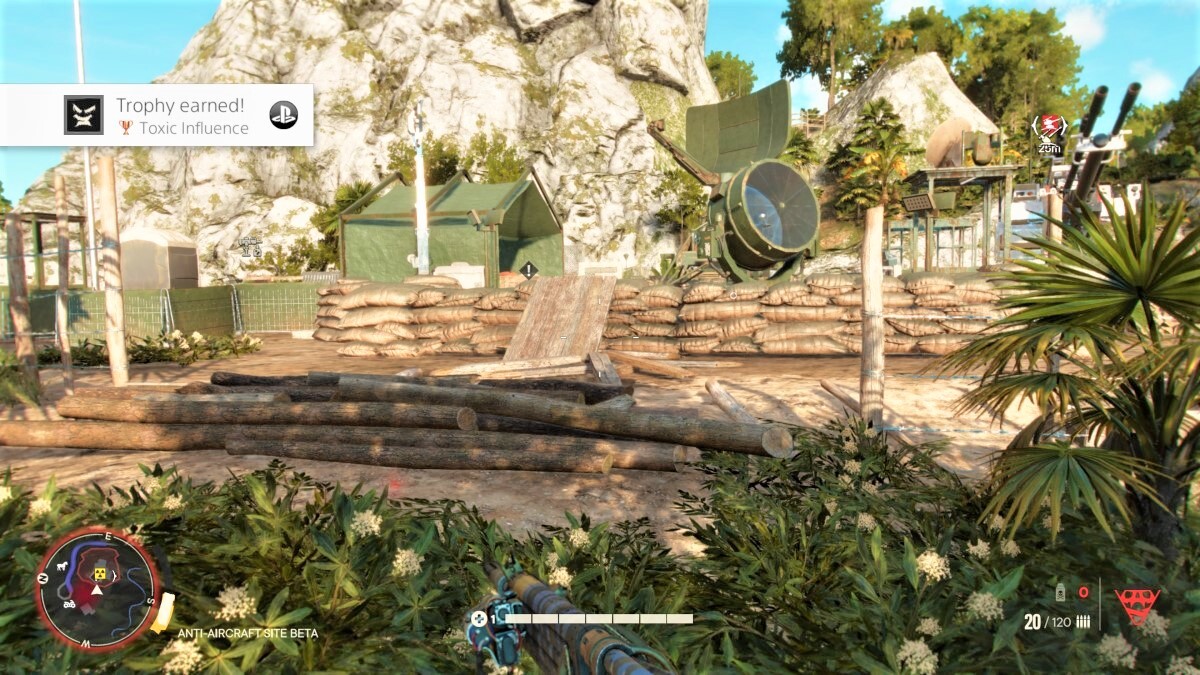 This Far Cry 6 trophy guide will show you the best way to get the Toxic Influence achievement/trophy. The most important equipment for this trophy/achievement is a sniper rifle with poison rounds in the ammo socket and a long-range scope in the optical socket. That might be enough, but if you want to be sure you have enough poison to go around, you can also equip poison proximity charges, the Fantomas Supremo, and poison grenades in that order of priority. Poison grenades are by far the weakest way to poison enemies, as they usually run away from them before it detonates.

The best place to get the Toxic Influence achievement/trophy is at any anti-air site that isn’t already the target of a Guerrilla ambush. If other Guerrillas are around, the poisoned enemies will probably attack your allies instead of each other. The same goes for amigos, so dismiss your amigo before you begin your assault. You can also get the Toxic Influence achievement/trophy at checkpoints or even from random wandering patrols, but anti-air sites generally have the highest concentrations of low-level enemies, which is what you want.

Related: How to complete the Triada Blessings quest in Far Cry 6

Scout the anti-air site with your phone and get yourself into a position where you can see at least two or three enemies, but where you’re still much further away from them than they are from each other. Then poison them one by one with sniper shots to the body. You’ll know when they’re poisoned because there’ll be a red marker flashing around their enemy-type marker, and you should also see them attacking their allies.

If non-poisoned enemies spot you and close in, then sprint away, leaving a trail of poison proximity charges in your wake so that they activate them as they give chase. If you get a tightly clustered group, then the Fantomas Supremo can also be very effective, but try to use it as far away from the group as possible. As mentioned above, poison grenades occasionally work, but they should be a last resort for this achievement/trophy.