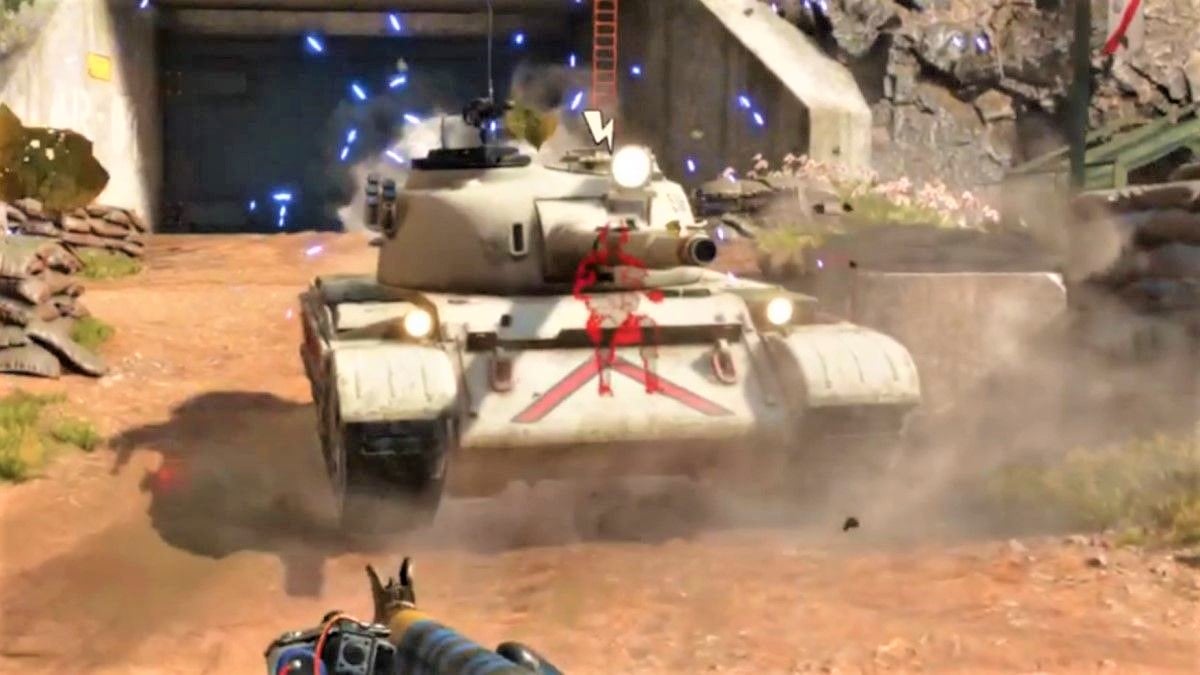 To steal, rather than destroy, a tank in Far Cry 6, you first need to find one. They spawn at various locations, the most reliable of which is the Tank Depot in Vencejo on Isla Santuario (you’ll visit this location during the Fuel The Revolution mission). You can also often find a tank at the FND Tank Training Grounds and FND 2nd Armored Division (when it’s still under FND control), both of which are in the Lozanía region of Madrugada.

To hijack a tank and get the Not So Tough trophy/achievement, you’ll need EMP weapons. So either buy yourself a Volta Supremo or craft some EMP grenades or charges. You can go for all of the above if you want to be sure, but zapping a tank shouldn’t take more than a few attempts.

If you just want a tank, then you should approach an unoccupied tank quietly, disposing of any soldiers or engineers nearby with bladed or silenced weapons. However, to get the Not So Tough trophy/achievement you need to hijack an occupied tank, so if you find an unoccupied one, draw attention to yourself until a soldier climbs inside it. Next, deal with any nearby enemies on foot, then approach the tank, ideally in the opposite direction from where the turret is pointing. Hit it with an EMP weapon and it’ll sparkle with an electric charge. You now have 10 seconds to jump on top of the tank and press R3 (or whatever the prompted button/key is) to pull the driver out and claim the tank for yourself.