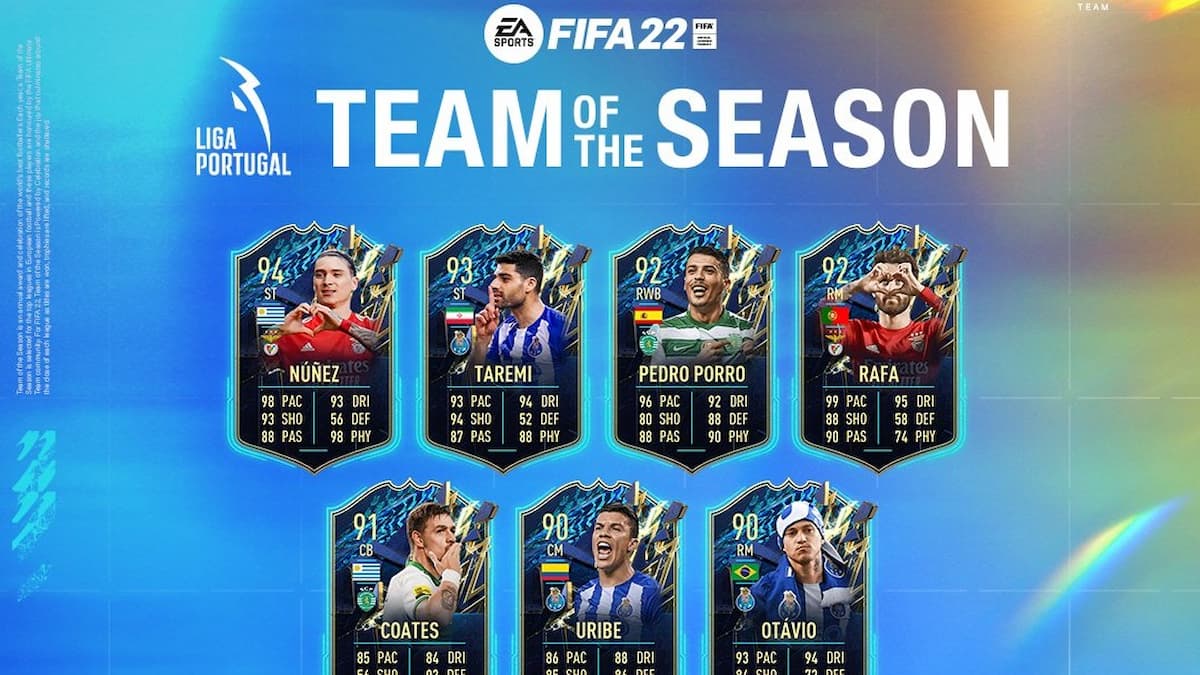 The FIFA 22 Liga Portugal Team of the Season (TOTS) promo officially went live on May 22, and it came with a batch of new, upgraded cards. Some of those can be obtained through packs, but there is one that can be claimed just by playing in Football Ultimate Team. A new 91 OVR player item of Sporting CP winger Pablo Sarabia can be obtained via an Objectives challenge, and here’s what you need to do in order to get it done.

In order to complete this challenge, you must complete five separate objectives. The five objectives are as follows:

Complete all five, and you will receive the 91 OVR Sarabia and 150 XP.

Only two of the five objectives in this challenge require players from the Liga Portugal. Besides the new TOTS Liga Portugal cards, using Squad Foundations items like Rafa, Simon Banda, and Fabricio would help towards completing these objectives.

It’s also probably wise to grind these in Squad Battles, since the game mode does not matter at all. Plus, this means completing these in a more relaxed setting, and one where high-rated Liga Portugal players aren’t mandatory. Also, since this challenge does require LaLiga players, it’s also an opportunity to double up and make progress towards the Jesus Navas Objectives challenge.

This challenge will expire on May 29.