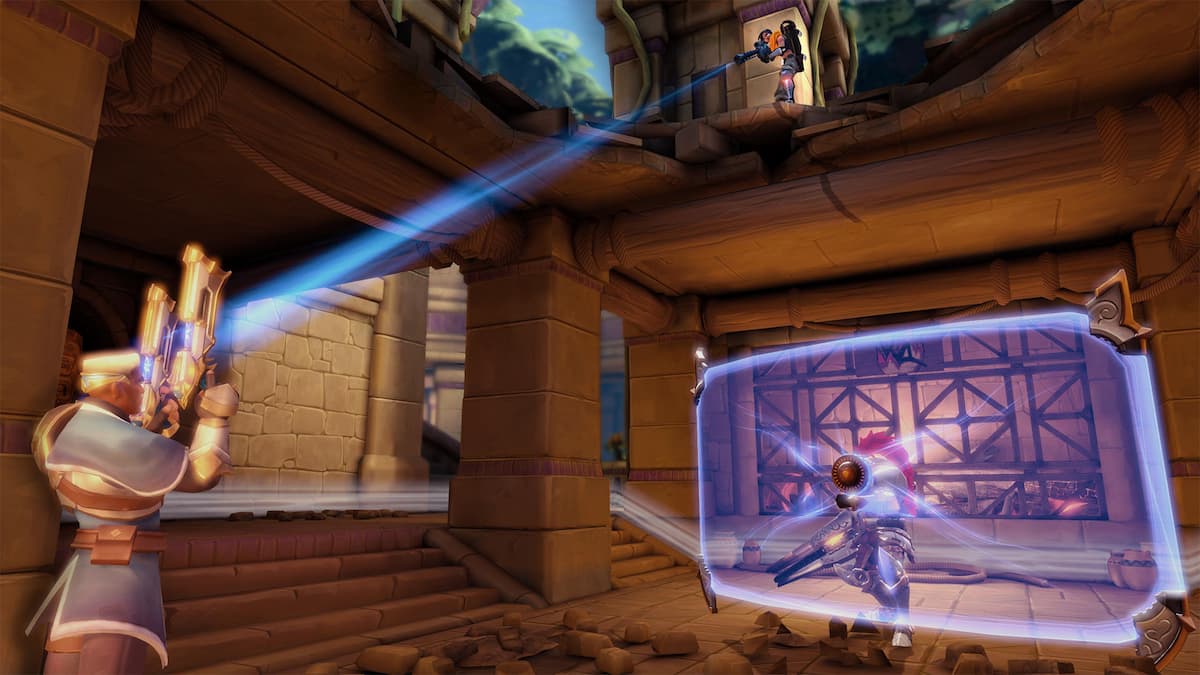 In most titles, everyone has to start from the beginning, learn the game, and find out what everything does at some point—and Paladins is no exception.

With the Nintendo Switch version of the title recently released, new players are slowly joining the arena to compete in team battles across the world.

When you load up the game for the first time and see the amount of champions that you can choose from, it can sometimes feel daunting to decide which one you should pick. We’ve carefully selected a few champions for you to try in your first match to get a feel for the game before gaining the confidence needed to experiment with other characters later on.

Viktor is your basic soldier-like champion and plays similar to characters like Soldier: 76 from Overwatch. You have a gun, you can run fast, and throw a frag grenade. It can’t get any simpler than that.

Viktor acts as a great champion for those who have played a lot of FPS games, like Call of Duty or Battlefield, and want to transition into Paladins with something they’re familiar with. He’s a great entry-point champion and is arguably the simplest to play in the whole game. His hit has the most direct translation from standard FPS games and allows you an easy way to do damage, with a quick way to reposition.

Jenos is a superb healer because he doesn’t need to keep line of sight with friendly units to heal them, as Astral Mark can simply heal through walls. He can provide excellent back up to to a frontliner or DPS character while keeping himself save, using Void Grip to lift enemies into the air, helping to stop any push that comes his way. If you really need to add some firepower to a problem, Through Tiem and Space will send a massive beam of energy through any enemy or object, doing substantial damage.

Lex is a great Flanker because he offers a lot of damage potential with the forgiveness of range. He is also something of an aimbot thanks to his In Pursuit ability, so the nerves can hit you without massively impacting your performance. He is a forgiving character to use when learning the ins and outs of flanking in Paladins.

Another DPS character that will be very comfortable for anyone who has played FPS games before. Vivian combines ease of use with massive damage output. Her fairly basic kit belies the impact she can have in-game. Armed with a machine gun, Precision Sights allows you to ADS for increase accuracy, while Deflector Shield gives you to edge in gunfights by blocking incoming damage. Her ultimate, Sentinel, will summon two drones that will shoot the same targets as your machine gun, really swinging any fight in your favor.

While not really a meta tank anymore, Fernando is a great champion to play while learning the basics of tanking. It is not about staying in a fight until you die, but protecting friendlies and harassing enemies at the right time. Fernando offers a clear indicator as to when you are actually tanking, thanks to his shield, allowing for easy communication between you and your team about what you plan to do.