Live service games are a complicated beast, especially ones like Fortnite that get regular updates to both the client and the servers. Sometimes things go wrong, and players will be impacted by crashes, bugs, and error messages. This guide explains what the Fortnite stuck on “checking for updates” error is and how you might be able to fix or work around it.

The latest update for Fortnite, Chapter 3 Season 3, caused many dedicated and lapsed players to rush into the game at once. This may have exacerbated the Fortnite stuck on “Checking for updates” error, explained below, because many devices were attempting to download the latest update at once. Also, any players running extremely old versions of Fortnite could have put Epic Games’ servers under more strain because multiple updates needed to be deployed, not just Chapter 3 Season 3.

What is the Fortnite stuck on “Checking for updates” error?

This is a reasonably common error that occurs when an update launches and players are unable to download it, getting stuck on a “checking for updates” error message. This usually means they cannot download the update, the game hangs when they try to load it, and there isn’t much they can do. At times, it can also be caused by the servers being offline.

How to fix the Fortnite stuck on “Checking for updates” error

While it is hard to know the exact cause of this error, the solution is the same no matter what platform you play on. All you can do is wait for Epic to investigate and resolve the issues. It seems that something goes wrong with the update where the servers will not push the new update to players, who are then unable to update their game. Because they cannot load into the game on an older version, it automatically tries to update itself before they load in, trapping them in limbo.

While it is frustrating, especially when the game gets new content or new challenges, all players can actually do is exercise some patience and wait for Epic to resolve the problem. The best way to get updates on these issues is to check the Fortnite Status Twitter account, which regularly tweets out updates on any issues that the game is having. 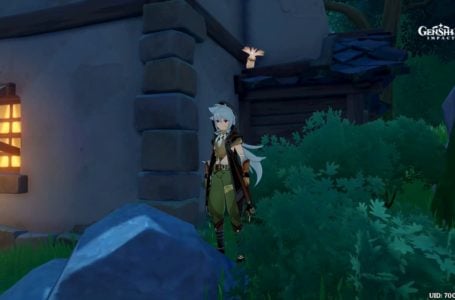 The best place to farm Philanemo Mushroom in Genshin Impact

The best moveset for Pheromosa in Pokémon Go