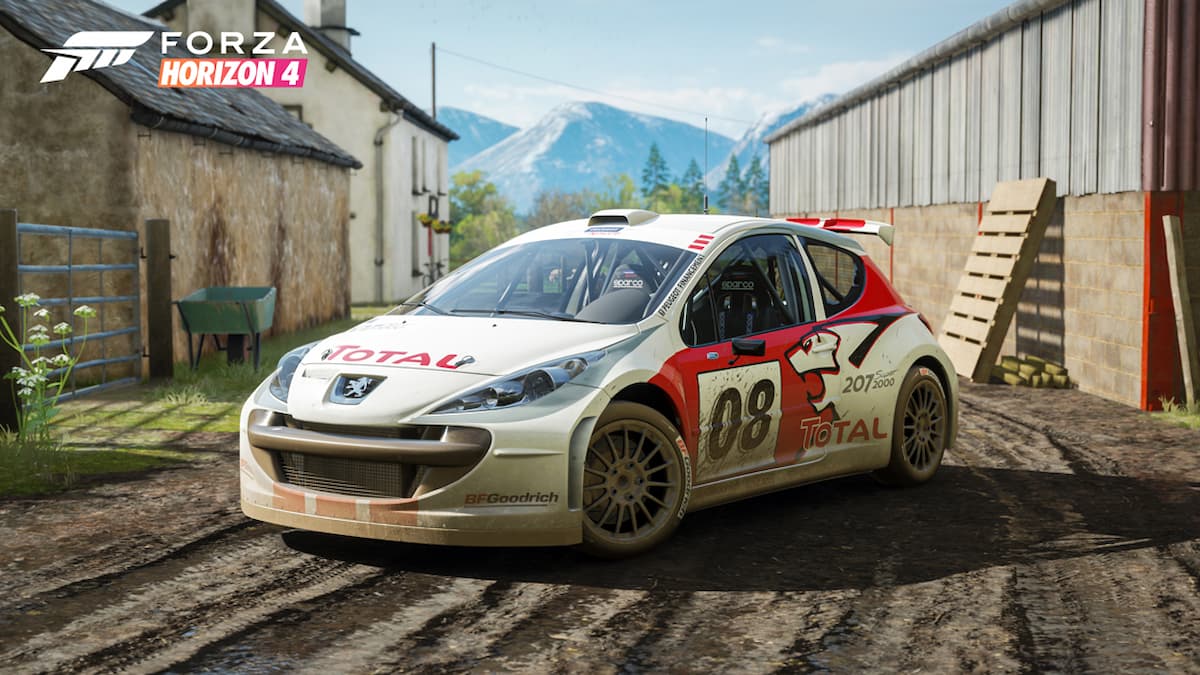 Several new cars were added to Forza Horizon 4 as part of the new Series 33 update that went live in early March. One of those cars is the Peugeot 207 S2000, widely used throughout the World Rally Championship. During the Summer season of Series 33, Forza players can get their hands on this new vehicle, and here’s how you can do just that.

First off, you’ll need to find and enter the City Outskirts Cross Country event, or for this week, known as the Forest Masters Seasonal Championship. The event can be found in the middle of the map and west of Moorhead Wind Farm.

Once you drive up to the location, press X when you see the event pop up on the screen to enter it.

For this event, Forza players will need to have an S1 class car classified as a Rally Masters vehicle.

Once you enter the event, you’ll need to finish first in cumulative points after the three races. However, to unlock the Peugeot, the difficulty will need to be set to Highly Skilled or higher.

This Seasonal Championship event will be available in Forza Horizon 4 until March 18.