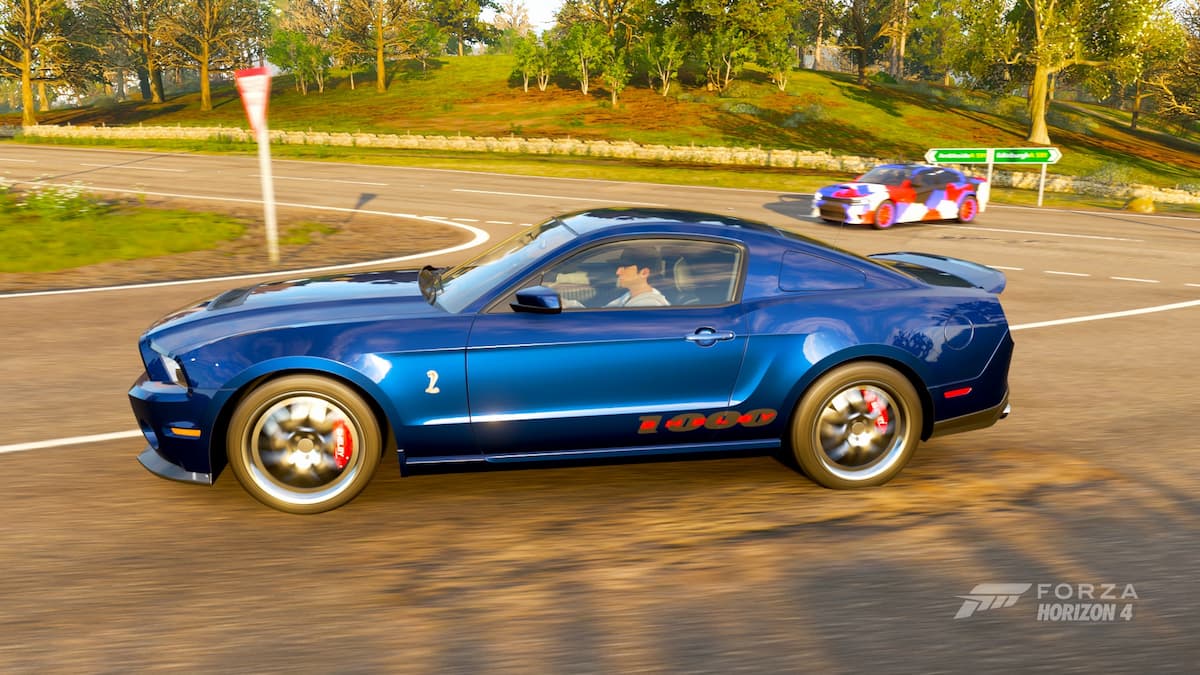 Spring is here is Forza Horizon 4, and that means a new set of challenges and cars to unlock. One of the more intriguing cars added to Forza Horizon 4 in recent weeks was the 2012 Shelby 1000. During the final week of Series 32, the Shelby 1000 was made available to Forza drivers, and the car can now be unlocked. So, how do you get your hands on the Shelby 1000? Let’s go over what you need to do, including what events to compete in and where to go.

In order to unlock the Shelby 1000, first go to the map and search for the Glen Rannoch Hillside Sprint, or known this week as the Shelby Coming Around the Mountain Seasonal Championship. This is a Road Racing event, and drivers must have an A class car that can be classified as a Modern Muscle.

In order to fully complete this event and unlock the Shelby 1000, drivers must finish first in cumulative points after the three races. However, the difficulty must be set to Highly Skilled or higher.

If you’ve done that, you’ll then have the 2012 Shelby 1000 added to your garage. This car became available during the Forza week beginning on March 4.