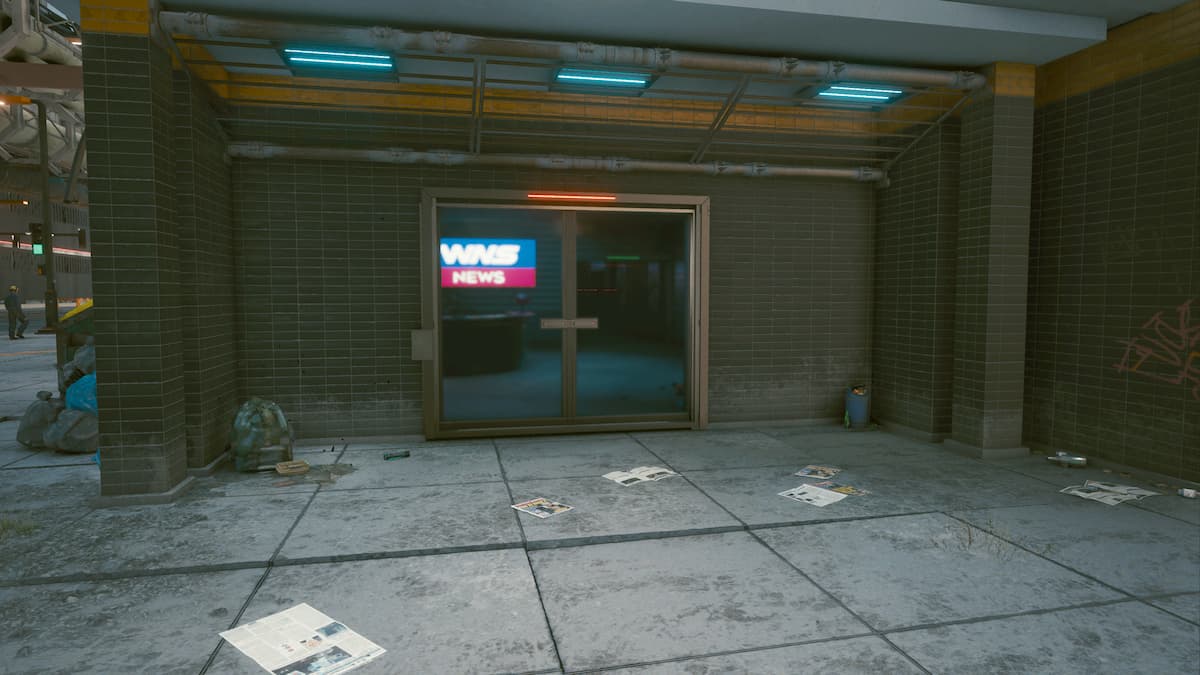 There are still some good people left in Night City, even if Cyberpunk 2077 makes it seem like everyone is someone else’s pocket, with corruption being everywhere. Regina will reach out to you regarding one of her media friends, Max, and she wants you to pull him out of a news station because he now has a hit on him due to how many people he’s kicked over. It’s your job to bring him out of that station.

Where to find the news station

The news station Max has holed into is right on the edge of Northside and Arasaka Waterfront, on the west side. It’ll be a fairly large, run down building.

How to get into the news station

When you approach the news station, you won’t be able to walk through the front door unless you have eight points in technical ability. If you don’t, you’ll need to go to the trash can to the left of the entrance, and jump onto the roof. There’s an open window you can slide into, and enter the building.

How to find Max

When you enter the building, there are various explosives and armed turrets hidden throughout the station. If you have a technical ability of at least five, you’ll be able to disarm any mines you run across. You’ll be able to spot them because of the distinct red line running across the hallways.

There are several turrets around the area, at least two of them. Whenever you see one, peek around the corner to use your scanner on them to disable them. Once disabled, you can progress through the news station, but keep your eyes open for those red lines and disarm the mines when possible.

When you reach the top floor in the back, Max has a gun to his head and is threatening to shoot himself. You have two options when attempting to speak to him, and the outcomes of what happens if you make that choice.

Of the two options, the first is the better one to ensure that Max remains alive and can make it to Regina. After talking Max down, he’ll put the gun away, and you’ll learn Regina was his mentor. More dialogue will happen, and then you’ll eventually convince Max to come with you conversation points causing him to not leave with you.

Follow the quest navigation points and you’ll lead Max to the outside where a car is waiting for him. Once you leave the area, the gig is finished. Regina provides you with a bonus for getting Max out alive, too.