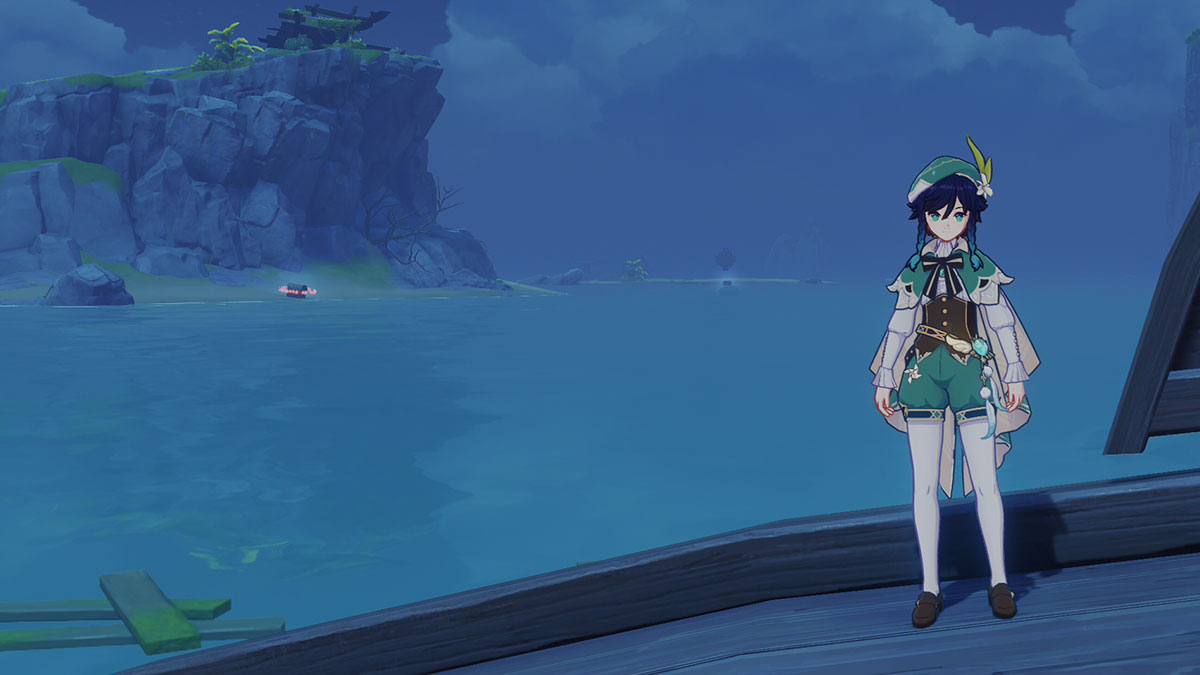 The From Outer Lands is a world quest in Genshin Impact. It can be found in the Golden Apple Archipelago, but only after the completion of the story mission for the second act of the Midsummer event. After this, the islands will change, with far more islands appears, and many of them will have quests on them.

It’s a quick enough quest that will reward players with some Primogems, and a chest to loot. You don’t need any particular type of character but you will need to fight from your ship at the end.

By making their way to a specific island, players can find a beached ship and the clues they need to start the From Outer Lands quest. Head for the new island to the west of the Twinning Isle and climb the large cliff in the middle of it. At the top, you will find the ship and can grab the clue from one of the sides.

To continue the quest, you need to find the second part of the ship, which can be found at the point shown on the map below. Once again, grab the clue from the side of the ship.

A large yellow circle will appear on the map as Paimon suggest you should hunt for treasure. There are three shipwrecks to search, show on the map below. It doesn’t matter what order you search them in, only the third one will give up something interesting.

When you get to each shipwreck, look for a bubble in the water and investigate it, then move onto the next until you get to the final one. A strange machine will come out of the water and attack, but you can make quick work of it with your ship. That is the end of the mission, so hop out of the ship and loot the chest that spawns in.