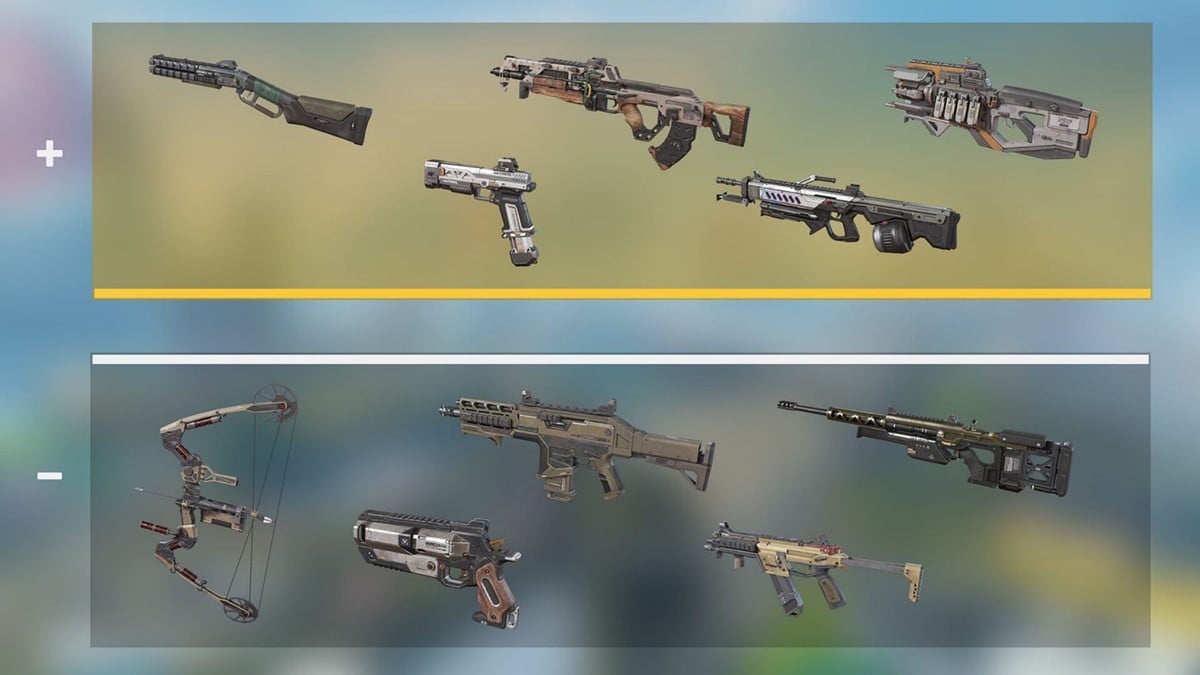 Season-to-season, Apex Legends changes the rotation of a few different things. The Care Package weapon pool and current Arenas maps are some big ones, but something that should not be overlooked is the Fully Kitted Weapon rotation. Fully Kitted Weapons, or Gold Weapons, come with attachments that are all pre-set and high-tier, and while most of the add-ons are locked to the weapon, weapons still have an interchangeable scope.

These weapons are folly later on, as they are less customizable than other guns in the end game, but they give a huge advantage to players in early and mid-game. Let’s take a look into the Fully Kitted Weapon lineup for Season 10: Emergence.

It should be noted that none of these weapons have built-in Hop-Ups, as none of them can currently take a Hop-Up. Peacekeeper has the choke toggle built-in, RE-45 has no Disruptor Rounds option (even though it is available on the Alternator again), the Anvil Receiver has been removed this season, and the Charge Rifle has never taken the Hop-Up. The Rampage is new, but it doesn’t take a Hop-Up either — however, you can charge it with a Thermite Grenade.

This lineup has replaced last season’s, meaning that the Wingman, Bocek, R99, Hemlock, and Sentinel no longer have Fully Kitted variants.