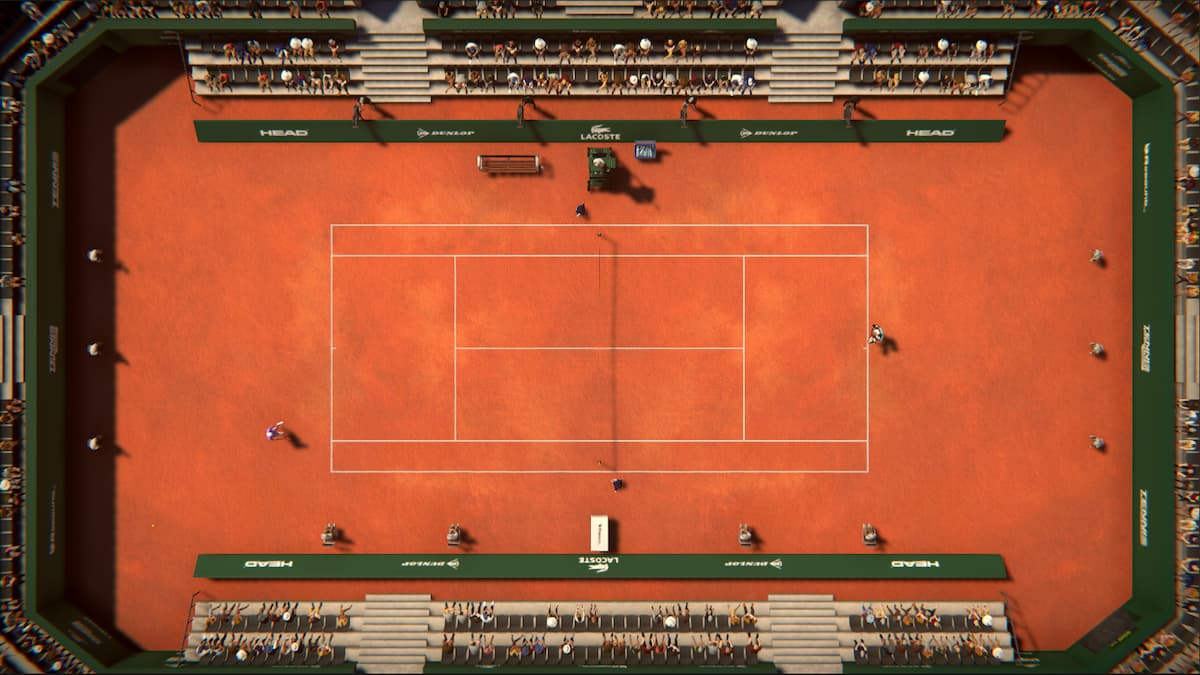 Tennis Manager 2022 puts you in the driver’s seat of a tennis academy as you attempt to foster a team of world-renowned tennis players. One thing that makes Tennis Manager feel unique is the ability to design Gameplans for your players to follow. In Tennis Manager 2022, there are 12 different gameplans to customize. These 12 templates are fully customizable, even to the degree that specific Gameplans can be turned into sharable and importable keys. Every program is broken into three different sections. These sections are the serve, the return, and the rally, and we will break down the options individually. Let’s go over all three to give you the best chance at success.

As you can see from the screenshot above, the game will place a serve so that it hits the colored square. You can modify the percentage that your player will attempt to aim at the left, right, or center part of that square. You can then set the general power of the serve. Higher power will mean more speed but a higher possibility of faults. We recommend using high power if your serve stat is high or you want that to become your primary weapon. The next button controls the risk of the serve, with a higher risk indicating tighter shots right on the line.

You can oscillate between high and low risk depending on how confident you are in the match. The spin type will help control the speed of the ball. You’ll want to use a flat spin for high speed and a slice for a shot that tries to move the opponent early. The kick setting will try to create a bigger bounce for an odd return shot. The “Approach The Net” toggle is a good option if you want to play a Serve-and-Return style.

The goal of these settings is to aim the shot trying to win the point on one stroke by returning the serve. While this is usually unlikely to happen, it’s important to keep this in mind to capitalize on your positioning. You have the ability to separate tactics between the first and second serve, so double-check that both are using the correct setting.

The first setting in this submenu is the depth at which you play. Playing further back lets you react to bigger shots, whereas playing further up gives you an easier path to rush the net. Just like with the serve you can set power as well as the risk of the shot. The most important setting, in our opinion, is where you want to place the ball. You can go for a cross-shot across from where you are standing, a shot in the center of the court, or a shot down the same side you are standing on. Finally, you specify the depth with which your character will play the rest of the point. This is situational, but we recommend leaving your depth at mid-court unless you see that it’s failing mid-game.

The rally is obviously one of the most important aspects of tennis, and this menu has many of the same settings we’ve already discussed. The difference here is that you can select the type of play you want to use going forward. This is the section that is most dependent on both your own stats as well as those of your opponent. You need to choose one of six different play styles. If you trust that your ability is higher than your opponent’s, we recommend the “Mixed Play” setting. It will make sure that a shot type isn’t reused too often. You also have different setups for attacking and defending different points. You can force your player to go all out for a winner even if it puts them out of position, or try to reposition and slow the pace when they are in a bad spot.

Now that you have a better idea of how to build your own gameplan in Tennis Manager, it’s time to get started playing. With this new knowledge, feel confident hopping in, creating your own custom player, and dominating the competition.