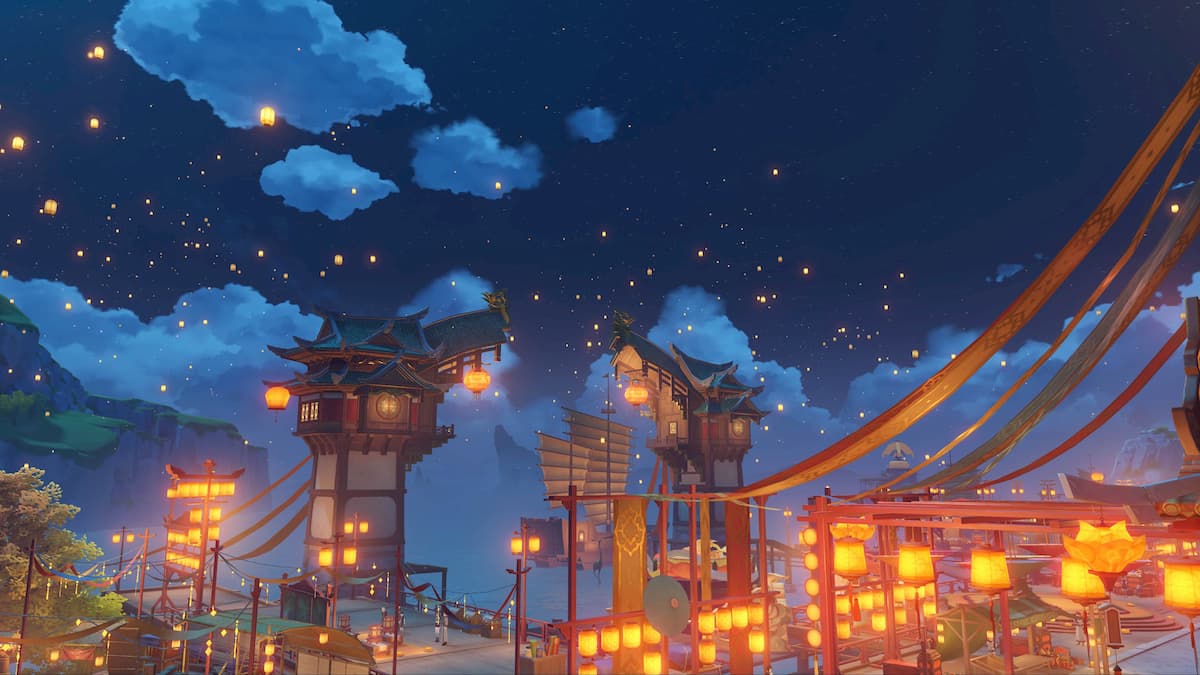 With Genshin Impact still going from strength to strength, adding new characters, weapons, and quests, it is time to start looking towards update 1.3. Once again you can expect a slab of new content to arrive in the game, and 1.3 might just be the biggest update yet.

As always, anything in the leaks and rumors section is just that and should be taken with a pinch of salt until miYoHo confirm what new content is on the way.

Genshin Impact 1.3 will be releasing on February 3, along with the Xiao banner.

The 1.3 event will apparently be the Lantern Rite Festival. This will reportedly center around Xiao, and will have an element of wish making involved. It will basically be a new years festival in the game.

There will be all manner of new decorations placed in Liyue, and players will be able to earn up to 1600 Primogems, a free four-star Liyue character, and other rewards by taking part in the event. The Lantern Rite event will be divided into three stages, each with a series of requests from citizens of all walks of life to help them and their loved ones get ready for the Lantern Rite. Complete requests to raise the Festive Fever level and unlock further quests and stories.

The highlight festive activity is Theater Mechanicus, a tower defense strategy game which you can play solo or with friends. Beat Theater Mechanicus at different difficulty levels to win Peace Talismans, which can be spent at the Xiao Market on rewards including the Crown of Insight, a new namecard style, and more.

Zhongli will be getting some welcome buffs in 1.3.

All Geo shields will be getting a rework. They will no longer have 250 absorption against Geo damage, and will instead have 150 percent absorption effectiveness against all physical and elemental damage. Geo Elemental Resonance will also increase shield strength by 15%, shields characters will get a 15 damage increase, and decrease the Geo resistance of enemies by 20 percent for 15 seconds.

A material conversion system is on the way in 1.3. The exact details of this system are unknown, but it sure does sound like a lifesaver to be able to convert materials we have into materials we need.

The biggest rumor is that the game’s next city area, Inazuma, will be included in the update, although there is little information out there to verify this at the moment. If it is, that means major story developments, new characters, quests, and all the other good stuff you associate with Liyue and Mondstadt.

There is also reportedly going to be a new character added to the game called Ganyu. Hu Tao, a Pyro character who wields a Polearm, is also rumored to be included in the update.