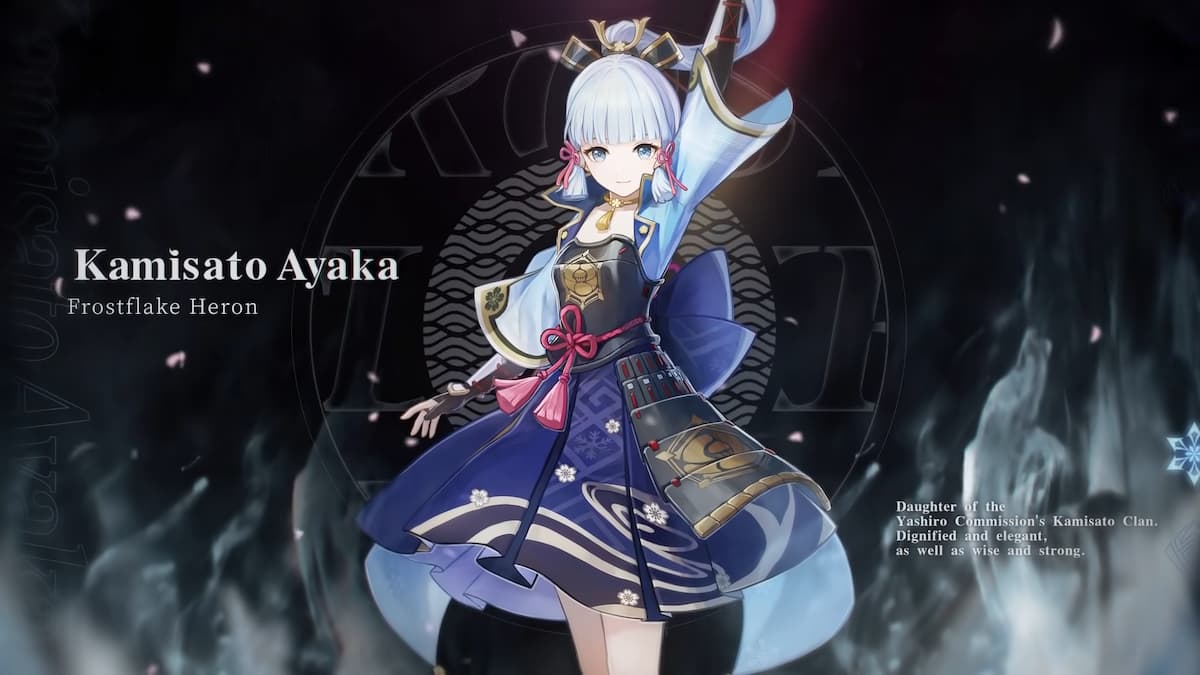 Cryo characters in Genshin Impact consistently rank as some of the strongest in the game, with the ability to trigger Melt and Freeze reactions. Cryo characters are also indispensable on Physical teams due to their ability to proc Superconduct, which lowers Physical Damage resistance.

Cryo characters are next to Pyro characters in defining the game’s meta, with some tremendously strong units. There’s rarely a bad Cryo unit in the game, and even the worst Cryo character has their place.

Here’s all the Cryo characters in Genshin Impact ranked from least useful to most impactful:

It’s a sad state of affairs when a five-star is the worst character, even trumped by a starter character. She has long cooldowns on her Elemental Skill and lacks the utility that other healers bring. Qiqi may move up in content that demands more healing, but for now, there’s no reason to use her at all.

Diona is a Cryo healer who is a four-star, brings a decent shield, and provides plenty of healing. Qiqi just has no utility. She has some of the strongest heals in the game, but that really doesn’t matter. Every other healer just brings much more to the table.

Chongyun being this low on the list highlights the overall strength of the Cryo element. Chongyun is a niche unit, but very strong in his niche. His Elemental Skill brings a Cryo infusion, which makes him inaccessible to many comps.

But in the comps he performs well in, he excels. His Elemental Burst has some of the highest damage potentials in the game. Chongyun is very niche, but that doesn’t make him bad.

Unfortunately, the new collaboration character in Genshin Impact is not that strong, despite being a five-star. She ranks above Chongyun due to fitting in more teams. She can fit well on a Freeze team, or a Reverse Melt team, but otherwise, she is heavily outclassed.

She doesn’t work as a main DPS due to her Elemental Skill’s weakness. Much of her kit is quite clunky to use, and her only value essentially comes from her Elemental Burst.

Kaeya has the unique honor of being the strongest starter character in the game. Not only is he the most viable out of the four free heroes everyone gets, but he’s a shockingly capable character.

His Elemental Skill is capable of doing high amounts of damage, but his main value comes from his Elemental Burst. Kaeya is also a flexible unit, capable of acting as a main DPS or burst support. Don’t underestimate Kaeya because he’s free, he’s a strong unit on his own.

Rosaria is similar to Kaeya and essentially slots into any team that Kaeya does. She’s not remarkably stronger than him and can be interchanged with Kaeya depending on who you ask.

Her Burst is a little more impactful than Kaeya’s, so she has a higher spot on the list. However, both are similar, and the placements here are essentially a tie.

Diona is a versatile support character who can accomplish several things. She has a strong shield, providing protection to the team, and has a strong Elemental Burst that does some good healing.

At Constellation 6, Diona can also provide a beefy Elemental Mastery buff that can increase the damage of teams who are reliant on reactions. This is somewhat difficult to obtain, as is any Constellation 6 character, but definitely obtainable.

Eula is a strong main DPS who relies on Physical damage. Eula has arguably the strongest Elemental Burst in the game when it comes to damage, capable of hitting absurdly high numbers. However, it has conditions that are difficult to fulfill and requires lots of knowledge over her kit.

As a Physical DPS, Eula has limited teams as well. She’s forced to bring an Electro character for the Superconduct reaction, and generally has problems in keeping her Elemental Burst up. Otherwise, she’s an incredible main DPS.

Ayaka is arguably on the same level as Ganyu, one of the strongest main DPS characters in the game. She has almost no flaws in her kit, with a strong Elemental Skill and Elemental Burst.

However, she only really excels in Freeze compositions. Her Elemental Burst will do high amounts of damage to Frozen targets, and this is where you should utilize her. Her limited team comps don’t do her any favor, but she’s incredibly powerful.

Ganyu is widely purported as the strongest main DPS character in Genshin Impact. Her charged shots do an insane amount of damage, and her Elemental Burst deals high damage to Frozen targets.

She can be used on a Freeze team or on a Melt team to increase the damage of her charged shots. Ultimately, Ganyu is one of the best characters in Genshin Impact, and will likely keep that crown for a long time.