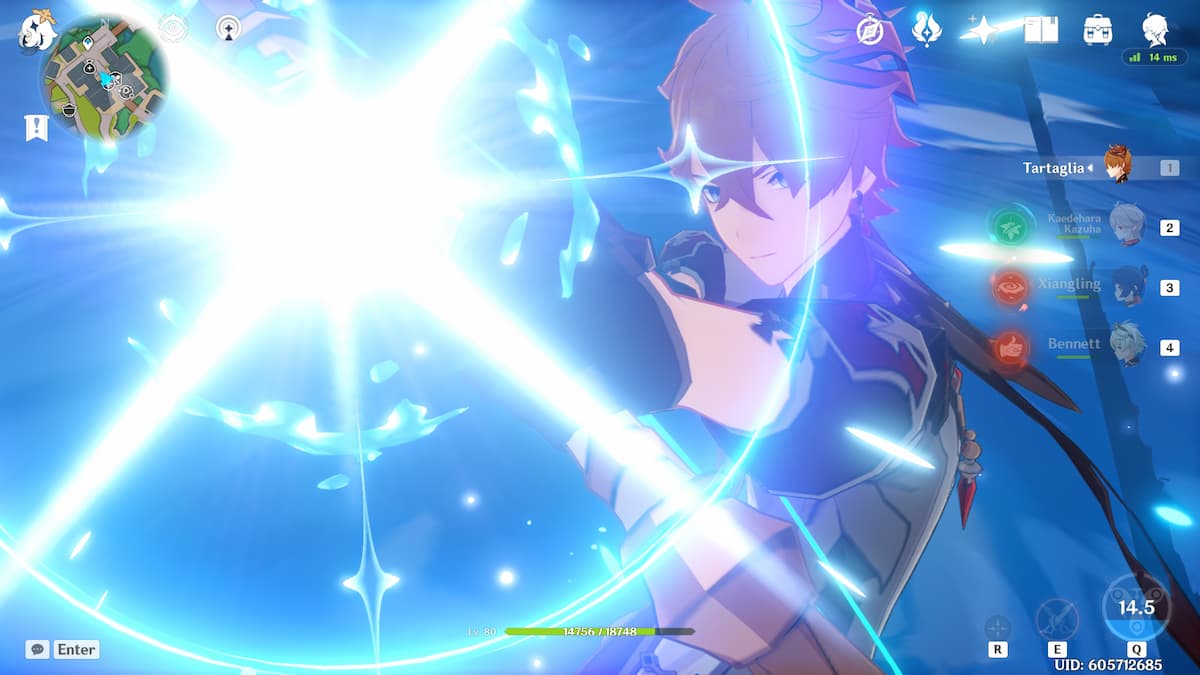 Genshin Impact’s characters are all divided into a certain element, and each character has a varying degree of usefulness. It’s great to have characters from different elements to diversify your teams and your elemental reactions, so it’s important to know which characters from each element are worth pulling for.

The Hydro element in Genshin Impact is one of the most useful elements in the game, with the opportunity to trigger some powerful elemental reactions. The Vaporize reaction deals some of the highest damage in the game, while the Freeze reaction makes fighting enemies much safer. The Electro-Charged reaction is also one of the best ways to utilize the Electro reaction.

Unfortunately, there aren’t many Hydro characters in the game right now. With only five currently released, the Hydro element has some of the least representation in Genshin Impact. That being said, many of these characters still have high places in the game’s overall meta. Xingqiu, for example, is indispensable on many of the meta teams.

Here are all of the Genshin Impact Hydro characters ranked, in order from least useful to greatest impact.

Barbara is one of Genshin Impact’s starter healers, but unfortunately, she’s not very good in the current meta. Healing is not prioritized in many of the game’s most difficult content, so Barbara is unfortunately not a great option.

She’s useful if you don’t have any Hydro characters at all, however. She can apply the Hydro element fairly well with her Elemental Skill and Normal Attacks. As a result, Barbara will always have a place as a backup unit if you’re missing a character like Xingqiu or Mona.

Unfortunately, Kokomi is not much of an upgrade over Barbara. They accomplish very similar things, and she’s not strictly stronger than Barbara. Kokomi will end up dealing more damage due to her Elemental Burst, but Barbara actually may beat her in aspects such as Hydro application.

As a result, Kokomi is not a very strong unit. Like Barbara, she’s good as an alternative option if you don’t have a unit like Xingqiu or Mona. If you do feel like you need the survivability, however, such as if you’re weak at dodging attacks, then Kokomi is an okay unit to use.

Currently, Mona is a strong, but niche unit. Her main utility is her high damaging Elemental Burst which can also improve the Freeze reaction. As a result, Mona is a staple unit in teams that involve permanently freezing your enemies.

She’s a popular pairing with characters like Ganyu or Ayaka as a support unit. Mona’s teams are rather expensive, but she excels at what she does.

Debatably, Xingqiu is stronger than Tartaglia at times. His Elemental Skill can do an absurd amount of damage and his burst is important for applying large amounts of Hydro. He’s also a four-star unit, which makes him much more accessible than Tartaglia.

The two characters definitely accomplish similar things, but Tartaglia has one of the strongest teams right now in the meta. Xingqiu is more useful for allies who deal with single-target damage and in Genshin Impact, AoE damage is more favorable. Still, the gap between Tartaglia and Xingqiu is not large at all, and can debatably be switched based on who you ask. That speaks to Xingqiu’s strength as a unit.

Tartaglia is arguably the strongest Hydro character in Genshin Impact so far. He’s not a hyper-carry by any means (none of the Hydro characters are, really), but he can deal high amounts of damage in conjunction with other units.

Because his Elemental Skill form provides tons of Hydro application, he can utilize Elemental Reactions very frequently. As a result, he has some of the strongest teams in the game. In particular, Tartaglia, Xiangling, Bennett, and Kazuha. He also plays nicely with characters like Beidou, Fischl, and Sucrose.