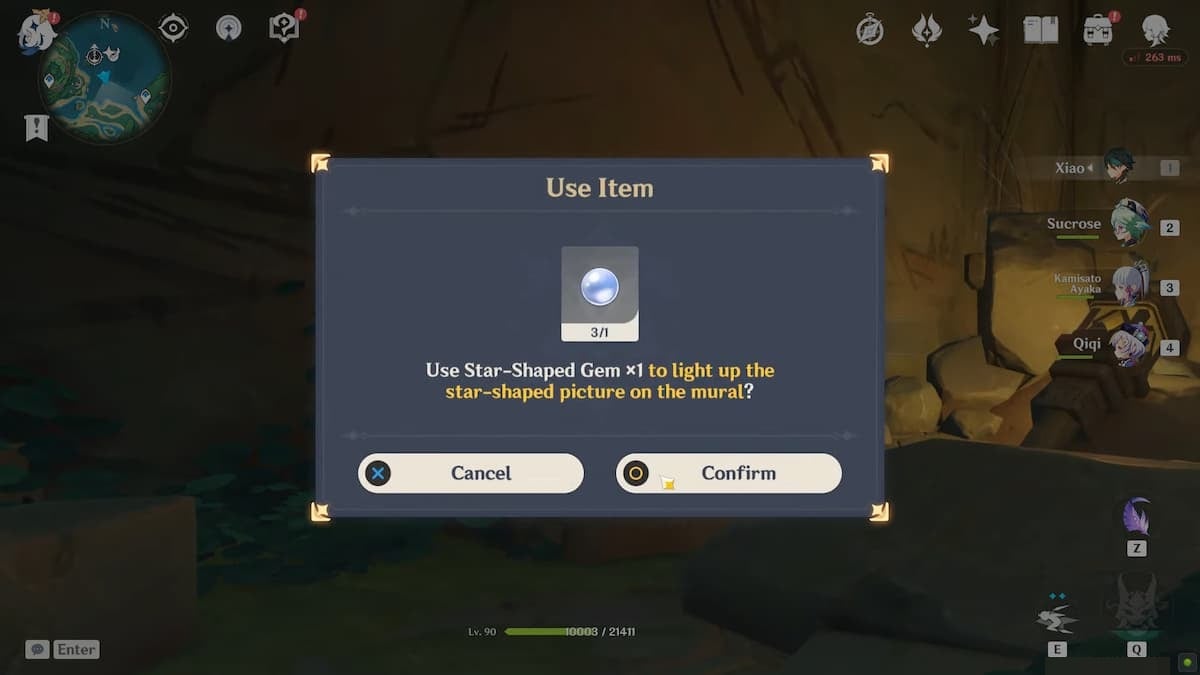 Star-Shaped Gem is one of the new items added to the Genshin Impact 2.2 update used to light up the star-shaped picture on the mural by placing them on the walls in the second ruin area of the Shirikoro Peak. There are three Star-Shaped Gems in the game, and if you are having difficulty finding them, refer to the location details mentioned below.

Where to find Star-Shaped Gems in Genshin Impact

First, you need to travel to Tsurumi Island, where you can find all the Star-Shaped gems behind Thunderbird Walls. Now, to unlock these walls, you need the Peculiar Pinion gadget, so make sure you have it before you start searching for Star-Shaped Gems.

You need to then travel to the first ruin area of Shirikoro Peak and reach the underground area. Find three walls with birds on them, and each of them contains a Star-Shaped Gem behind it. You can use the image below to know the locations of the wall and the gem.

After you find the wall, use the Peculiar Pinion gadget in front of it to open it. You will then see a treasure chest that you can open to collect a Star-Shaped Gem. Do it will all the three walls to collect all the Star-Shaped Gems available and head to the Mural room where you can use them to light up the star-shaped pictures.