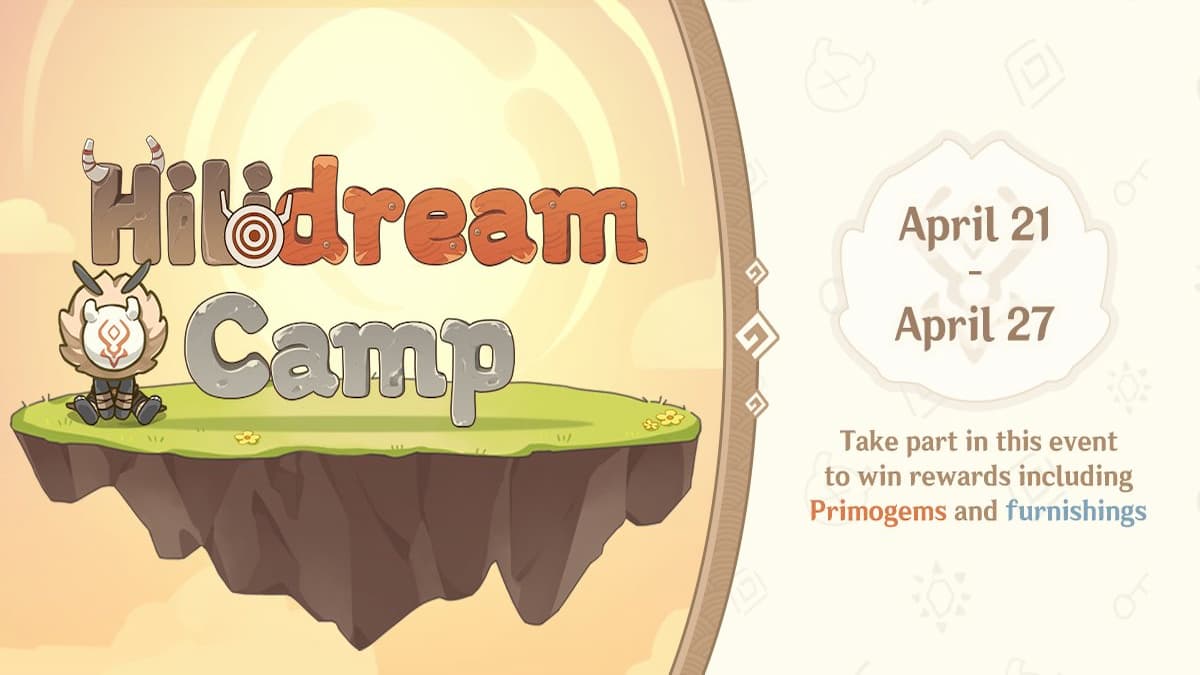 miHoYo has introduced a brand new web event for Genshin Impact called Hilidream Camp, in which players have to guide the hilichurls to craft furnishings. In return, they will be rewarded with free Primogems, Hero’s Wit, and more. Here are the complete details of the Hilidream Camp event, including its duration, rewards, and more.

Hilidream Event has started and will go on till April 27, 23:59 (UTC+8), and players with the Adventure Rank 10 or above are eligible to participate in it.

Travelers can participate in the event by visiting its official website and logging in with the miHoYo account. They have to craft furnishings using combinations of any three of four types of materials, and once you have unlocked a certain amount of furnishings, you can start claiming event rewards. In addition to this, you can also arrange the unlocked furnishings on the Room Interior screen as you like.

The crafting attempts will refresh at 00:00 each day according to your server time, and here is the time required to complete the craftings:

Each time a furnishing finishes crafting, players will get an in-game reward based on the outcome of the crafting process.

After unlocking a certain amount of furnishings, you can collect the corresponding rewards, including 120 Primogems, the “Pine Folding Screen: Billowing Sails,” furnishing, and the “Cloudy Haze Bed” furnishing.