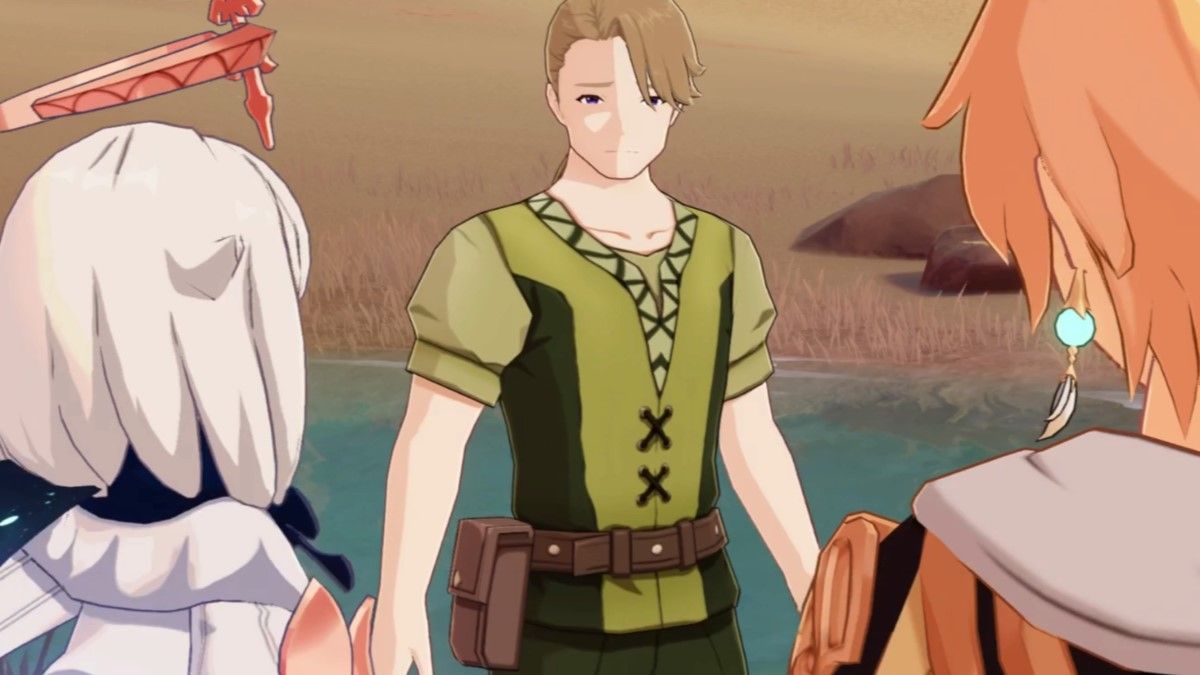 In Genshin Impact, Dreams Beneath the Searing Sand is the fourth and final quest in the Golden Slumber World Quest series, which takes place in and around Khaj-Nisut, in the Land of Lower Setekh, Great Red Sand, Sumeru. The quest starts automatically when you complete The Secret of Al-Ahmar.

Related: Genshin Impact: Staff of Scarlet Sands – how to get it, stats, and ascension materials

How to pass the three trials

The three trials are in the south, west, and north of Khaj-Nisut. You can complete them in any order, but we’re going to start with the south trial, which starts when you operate the book-like device inside the south part of the ruin. Drop through the hole in the floor and you’ll find yourself in a kind of invisible maze. Make your way towards the southwest corner until you drop into the next level down, then go northeast until you drop again, then go southwest and you’ll drop somewhere around the middle, then head towards the large statue on the north wall to drop to the floor. Operate the book-like device here to complete the trial.

Start the west trial by operating the book-like device inside the main part of the ruin to the west (the entrance is at the bottom). Drop into the hole, open the door, then take the floating triangle to one of the glowing squares in the room beyond. Take the floating triangle in the room to the other glowing square, then touch the triangular cell. Defeat the Primal Construct then add two more triangles to two more squares. Touch the yellow cell and walk over to the west side of the room to open the door, then go through. Defeat the mushrooms, then open the door, go through, and drop down another hole. Defeat another Primal Construct, then open the glowing door using a Keystone. Take two more triangles to two more squares, then touch the triangular cell, go back to the last room and through the door opened by a book-like device. Open the glowing door through here using a Keystone, then put another triangle on another square. Touch the cell and a bunch of door will open, so go back around, enter the central chamber, and operate the book-like device to pass the trial. When you leave, you can use the sandglasses outside the entrance to create Four-leaf Sigils that’ll help you get back up.

Dreams Beneath the Searing Sand continues as you enter Khaj-Nisut, then have to make a quick escape.