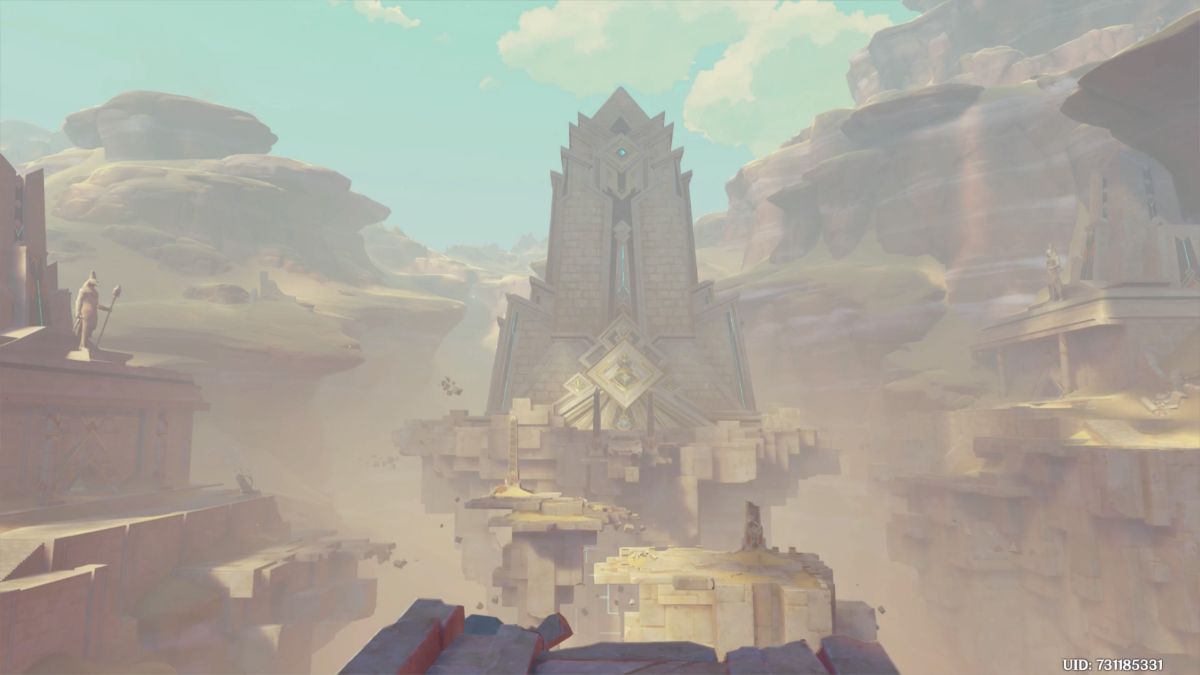 In Genshin Impact, Dreams Beneath the Searing Sand is the fourth and final quest in the Golden Slumber World Quest series, which takes place in and around Khaj-Nisut, in the Land of Lower Setekh, Great Red Sand, Sumeru. The quest starts automatically when you complete The Secret of Al-Ahmar.

Related: Genshin Impact: Wandering Evenstar – how to get it, stats, and ascension materials

Once you’ve passed the three trials around the outer part of Khaj-Nisut, make your way to the marker and operate the book-like device on the big fancy pedestal. Use the Four-leaf Sigils to get across to the massive new building that just appeared, then use the book-like device to open the biggest door yet. Go inside, have a chat, then drop down the hole on the left side. Operate the marked device then approach the central monument to start a puzzle.

How to activate the mechanism in the center of the hall

How to operate Prism of Khaj-Nisut

How to escape from Khaj-Nisut

Ride another elevator up, then approach the throne and, after a lot of conversation (and even some song and prayer), defeat Samail’s subordinates, oh which there are three waves. Next you’ll have to flee from the encroaching darkness. Run to the east, drop down the hole, then run west, go left then right around the invisible wall, and drop down another hole. Run east across the invisible floor then, after the first drop, run north, then further north after the second drop. Now run out of the exit on the west side to escape Khaj-Nisut.