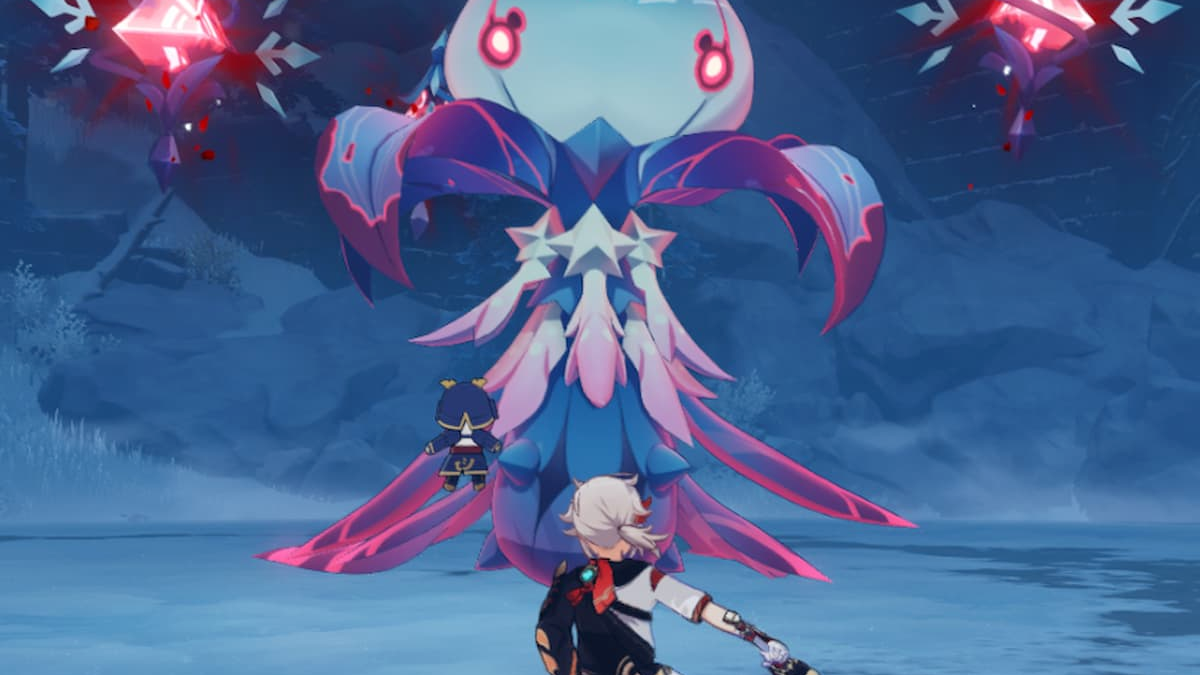 A new part of the new Genshin Impact event has opened up, with involves fighting a massive Cryo Whopperflower that appeared in the Lost in the Snow quest. To get the maximum rewards, you’ll need to defeat the Whopperflower while clearing certain requirements.

How to beat the Fell Flower

The Fell Flower will have a massive shield you need to break before dealing any damage. The boss will drop fruits that you can destroy to help the shield go down easier. You can use any element to destroy the fruits.

Some of these Fell Flowers can also float. This brings great value to some bow characters, especially Pyro ones like Yoimiya and Amber.

The boss will also drop items called Arcane Essences. Pick them up to keep the Fell Flower from regenerating its shield. Arcane Essences will cause your characters to lose HP as you pick them up, so be careful.

Here are the prizes you can claim at this event: