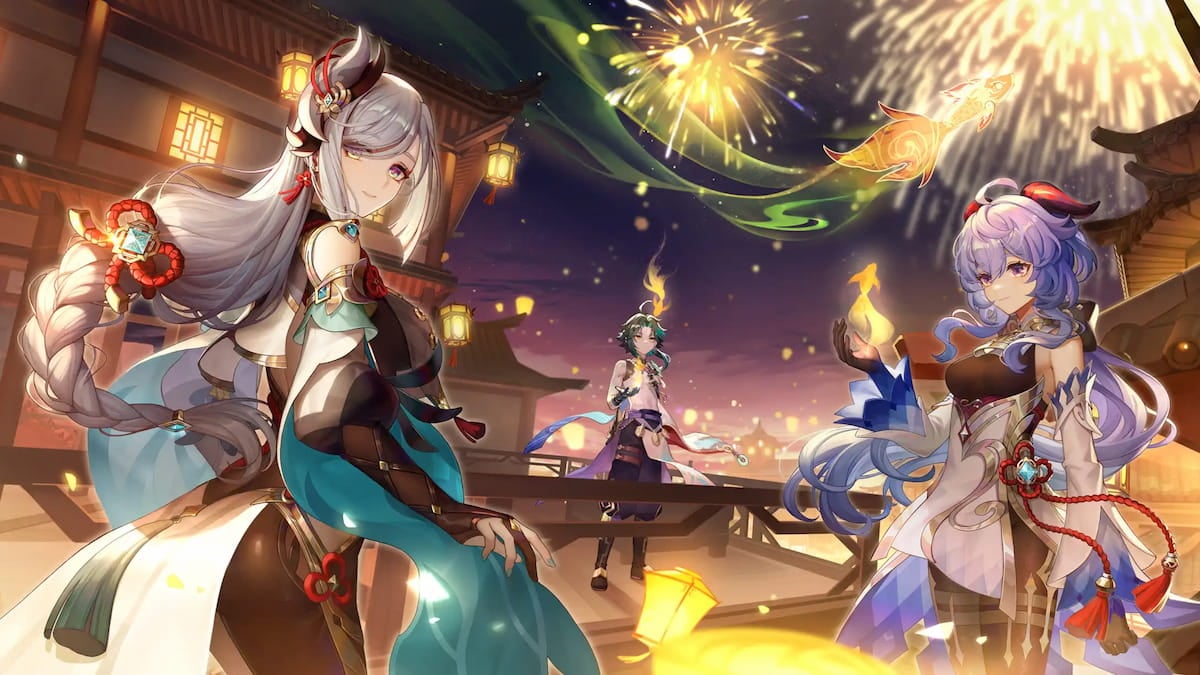 Floor 11 of the Spiral Abyss has reset, giving players a brand new challenge. This is one of the most difficult Floor 11’s yet, and arguably is like a Floor 12. Players without well-built characters will struggle to clear some of the floors in time, but there are still ways to increase your chances of victory.

Each Spiral Abyss update grants a unique buff to help you out on your battles. This update is the Blessing of the Abyssal Moon: Blade-Flourish Moon. This buff has the following effect:

The buff is not that useful for many characters, although you may enjoy the buff if you run Xiao or Yoimiya. At this stage in the game’s life-cycle, it’s highly recommended to slot in at least one 5-star for your Spiral Abyss journey.

Fortunately for us, Floor 11’s Leyline Disorder is a straight-buff instead of a debuff. Characters’ Normal Attack DMG will get a flat increase of 50%. It’s just free damage instead of something like Corrosion, so take advantage of that with characters that use Normal Attack DMG.

The goal of this chamber is to defend the target’s health. Enemies that spawn will directly aim at a Leyline at the center of the map, and you must defeat the targets quickly enough so that your Leyline’s health stays above 60% for max completion.

The best way to tackle this first wave is simply attacking one of the Ruin Cruisers at a time. Once you are attacking one, the aggro of the enemy will draw towards your character, meaning they’ll ignore the Leyline at the center. You can position yourself like this:

So the Ruin Cruiser will back up into the second Ruin Cruiser. This will help you deal AoE damage and kill both of these enemies simultaneously, as they will naturally group up together. Now, the Ruin Destroyers will spawn. Immediately head to the closest Ruin Destroyer. If you’re lucky, the second one will ignore the Leyline at the center and teleport to you.

To floor is straightforward, without many difficult enemy patterns. Just deal as much damage as fast as you can. You can throw yourself at the enemies to draw their aggro away from the Leyline at the center, but it’s a straightforward set of enemies.

This is another floor that demonstrates the usefulness of Yoimiya, as she can easily dispatch the Electro shields present on the floor from a safe distance.

Oh boy, the Specters are here. And it’s not just regular Specters you’ve seen in the overworld. We’ll fight some unique Electro and Pyro Specters this time. Combined with slimes. Here’s the good thing: for max completion of this floor, we have 5-minutes. We can take our time here.

There’s gonna be tons of damage immunity on this floor, as all these enemies are immune to their respective elements. Pyro users are still useful to deal with the Electro enemies, but we’ll need an alternative for the Pyro specters.

Because we have five minutes, we have no problem in using Tartaglia’s regular attacks here to simply brute force these enemies to death. Even if you don’t use his Elemental Skill, you should be able to defeat these Specters quickly enough. You don’t have to deal with their frustrating attack patterns either with the range your Tartaglia has.

If you don’t have Tartaglia, any built Bow character will work fine. Especially as Normal Attack DMG is buffed on this floor.

Once you defeat the initial wave of Slimes and Specters, two waves will spawn at the same time. Immediately go behind one of the spawns, as seen above. The other wave on the opposite end will automatically teleport to you, saving some time.

The Second Half of Chamber 2 is a bunch of Hydro Mimics. Another demonstration of Yoimiya’s usefulness is on display here, as she can automatically aim for hard these hard-to-hit enemies. They hit hard, however. In my run, I had to swap for Zhongli, as Thoma’s shields weren’t cutting it.

The big thing to note on this floor is the third wave of Hydro Mimics. They spawn two crab Hydro Mimics and two duck Hydro Mimics…and they all explode. If you defeat them at once, they’ll spawn a minefield of bubbles that will explode and deal insane damage. Be mindful of that.

This chamber is pretty easy and only consists of three enemies. The two Kairagi and Mirror Maiden. If you need a reminder, the two enemies above need to be killed at approximately the same time, or the other will refresh its HP. Using a grouper like Sucrose or Kazuha is pretty useful in making sure the enemies don’t stray too far away from each other. (I personally just like to go straight for the Mirror Maiden. I find the Kairagi will naturally group up.)

The big question most players will have is: why did miHoYo put this massive World Boss into the Spiral Abyss? It’s a mystery, but one that we don’t have time to solve. This Thunder Manifestation has insane attack patterns that you’ll need to deal with if you don’t have a shielder. (And even if you have a shielder, you can’t be too lazy.)

The boss can shoot out these projectiles that will subsequently shoot out waves of Electro energy that can damage you. This is pretty straightforward; just dodge these projectiles while shooting the Thunder Manifestation down. Unfortunately, if you don’t have Yoimiya, you’ll need to get up close.

Look at this saw-like contraption. While it looks intimidating, all you have to do is dash through one of the Electro-walls as it closes in. You’ll phase right through it without taking any damage.

Occasionally, the Thunder Manifestation will spin towards you. This just requires good reaction time. Dodge it if you can.

One of the most difficult attacks to dodge is this one. A purple circle will home in on you, and after a set time, a large lightning bolt will strike down and track you. If you react to the circle in time and run from it, you can outrun the lightning bolt. Otherwise, you won’t really be able to outrun it.

During this attack, you’ll see the Thunder Manifestation charge up orbs of Electro energy. These will then shoot out at you as projectiles, so be prepared to dodge them when necessary.

Memorizing these attack patterns will help greatly in your Spiral Abyss run. If it weren’t obvious, Yoimiya is great here, as you can strike this foe down as it flies into the air. But it’s possible with a grounded team as well. The biggest challenge is not how the boss flies into the air, but its overwhelming attacks.

Once you clear Floor 11, you’re ready for the biggest challenge of the game: Floor 12.